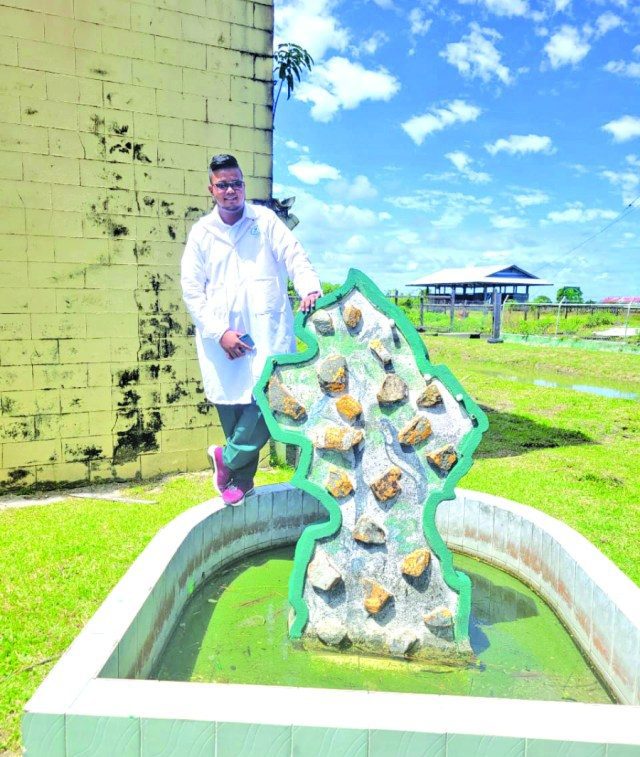 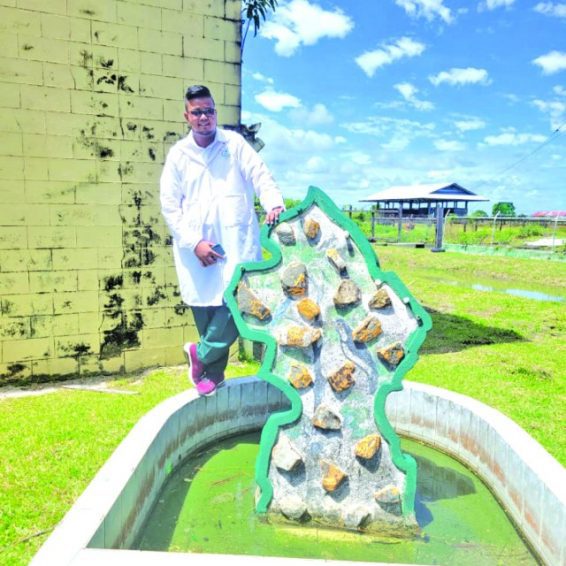 “Be yourself, focus on what’s best for you” – CSEC top performer encourages students

Preparing for a big examination can sometimes be nerve-wracking, particularly if that examination is one that may determine your successful move towards prosperous adulthood.

This is the opinion of Uotam Heeralall of the Anna Regina Multilateral School, who secured 24 Grade Ones and one Grade Two at the 2022 Caribbean Secondary Education Certificate (CSEC) examinations thus coming out as Guyana’s second top performer.

Hailing from Affiance on the Essequibo Coast in Region Two (Pomeroon-Supenaam), Heeralall was born into a nuclear family. He has two brothers, and his father is a trench cleaner and a vendor at the Anna Regina Market.

The young Uotam attended the Affiance Nursery School before progressing to the Taymouth Manor Primary School, during which he realised the importance of education.

“During my primary study, I knew I can become a top student, at least for my school. However, with the guidance and support from my parents and teachers, I was able to score 80 to 90 percent in every class,” Uotam disclosed.

He was more motivated after writing the National Grade Six Assessment (NGSA) examinations and being awarded a spot in one of the leading secondary schools in Georgetown, although he opted to attend the Anna Regina Secondary School.

While attending this secondary school, he participated in almost all the co-curricular activities, including athletics and debating competitions, and was also a member of the social cohesion club.

“The love for my school grew more and more, since the teachers recognised our contribution as students. Each year, I was invited to ARMS prize-giving exercise, where I received several accolades for being one of the best performers in the various subject areas.”

As time passed swiftly, the fifth-form life was quickly approaching, and that thought sometimes caused him to shiver.

“5th Form meant it was time to buckle up, so I decided to accept challenges wholeheartedly. I aimed for the stars, so I put my foot on the accelerator and got serious. I established a study timetable, since I believed that being consistent was the key that guaranteed success. At the bottom of that, I wrote the number “251” which was an indication that the goal was to achieve 25 Grade ones.

This contributed to setting the correct mindset before the examinations. I will not be that student to tell them to work hard and make sacrifices, I will tell them to be yourselves and focus on what is best for them.”

With the commitment and dedication to work, and with the effective guidance of the teachers, his classmates were able to complete their School Based Assessments (SBA) in a timely manner.

Much to their dismay, the COVID-19 pandemic struck, and it was a concern for not only Heeralall, but for all the students who were preparing for the exams.

While he was a little skeptical about the learning process, he attended lessons regularly, and stayed focused without taking his eyes off ‘251’. It is with perseverance and much-needed support that he was able to write 25 subjects with ease.

After he had completed the exams, which took care of the ‘25’ in the number ‘251’, his anxiety grew as he thought about the ‘1’, which to him meant ‘Grade Ones’. 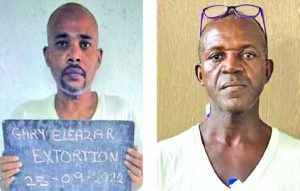 Anxiety grew even further when he learned that the CSEC results would be released at his school. Upon the release of the much-anticipated results, he was in tears of joy after learning that he and his schoolmate, Ramoll Baboolall, had topped the country.

Heeralall and his family at a religious function

“I felt elated because my prime objective was to make myself, my parents, my country, and also my school proud, and I’ve certainly achieved that. Now that I am finished my Secondary Education, it is my fervent wish to further my studies at an overseas university… I would like to follow along the path of medical field, especially because I want to become a surgeon, because I have a deep love for science and also there is endless opportunity for me to progress my career.”

The valedictorian thanked God for his guidance and protection, and his parents, especially his father, who worked tirelessly to ensure that finance was intact for him to attend school and several private lessons.

He also expressed gratitude to his mom, who spent more time with him during the night, and also to the teachers of Anna Regina Secondary School, for their efforts and time spent behind his studies.

“My father made the necessary sacrifices and managed to pull it off successfully. Also, I am actively involved in the vending business, where I go to sell during the Christmas holidays and assist at home with the packaging of produce. This vending business is what kept me going, so it is the most valued asset to me. Moreover, I could not thank my mom, Chitrakha Heeralall, enough for all she did for me. Technically, she could have been considered my assistant, since she is the one who stayed up late with me and have all my stuff in place so I can easily leave for school or any extra classes. Not forgetting my two brothers, Neshal Heeralall and Mahendra Heeralall, for supporting me throughout my venture. They are more experienced than I, so they were able to work with me when I made a mistake. So, if I am to be faced with any challenges, I already knew what to do.”

Presently, the young man is exploring several options that are available at his disposal to further his studies.