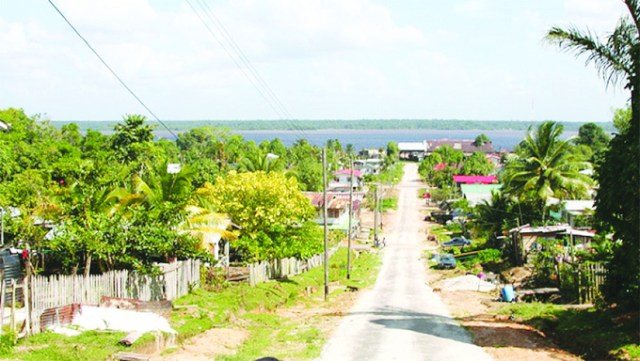 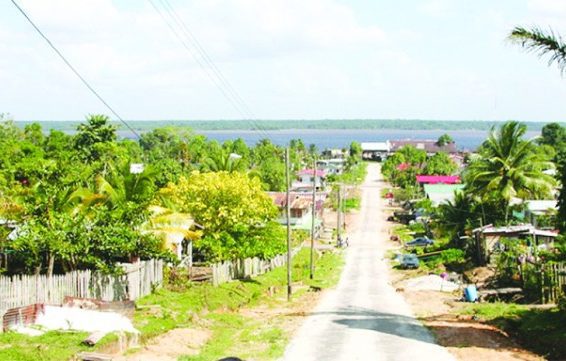 Bartica, Lethem, Mahdia among communities to be powered mainly by renewable energy in 5 years

Within five years, the Guyana Government intends to have some major hinterland communities powered mainly by renewable energy.

The LCDS initiative was the brainchild of former President and now Vice President, Dr Bharrat Jagdeo, and was launched in 2009 as the first low carbon development strategy from a developing country.

According to President Ali, while the scale of vision captured 12 years ago remains valid today, a lot has happened since then hence the concept of the initiative has been refashioned to reflect the current-day context of low carbon development.

A key feature of LCDS 2030 is the transformation of Guyana’s energy landscape with the aim of ensuring that the nation is fully powered by affordable and non-polluting power in the next decade.

The Head of State posited that the country’s high electricity cost, which is 97 per cent dependent on imported fossil fuels, would have been countered with the completion of the Amaila Falls Hydropower Project (AFHP) – the flagship initiative under Jagdeo’s LCDS.

Pegged at generating some 165 megawatts of electricity, the Amaila Falls project was scrapped by the APNU/AFC Coalition regime.

But President Ali said on Thursday that his government will resume this project as part of its clean energy transition – a three phase initiative under LCDS 2030.

The first phase covers 2022-2027, during which there is anticipated to be a near tripling of electricity demand in the country. This, the President noted, will be met through a combination of natural gas from offshore oil production operations and the Amaila Falls Hydropower Project to boost the main national grid.

Added to this will be a major expansion of solar power with batteries on the rural networks.

“By the end of this period, the Essequibo Coast, Linden, Leguan, and Wakenaam grids will be integrated with the national grid. The Bartica, Lethem, Port Kaituma, Madhia, and Matthews Ridge grids will be almost exclusively powered by renewable energy,” he stated.

Additionally, it is envisioned that approximately 200 hinterland villages will undergo an electrification programme by 2026. In fact, this work has begun already in villages across the country, included Seba, Waramadong, Paruima, Kurukabaru, Whyaka, Mission Capoey, Lake Top Capoey, Annai, St Monica and Karaburi.

Moreover, the national Transmission and Distribution Network will undergo a massive upgrade to manage the forecasted electricity demand and meet the standards expected of a modern power utility company, the Head of State revealed.

The second phase will run from 2027 to 2032 and according to President Ali, it will see further increases in electricity demand being met by continued replacement of Heavy Fuel Oil, expansion of wind and solar power, and the commission of Guyana’s second hydro plant – the site of which will be identified in the coming years.

“After 2032, the expansion will be driven by the prevailing market conditions, but it is likely that battery technology will be sufficiently advanced to enable solar and wind plants to provide new capacity increases while contributing to further downward pressure on electricity prices,” he stated.

The Guyanese leader pointed out that these initiatives under the LCDS 2030, will see Guyana boasting of an energy transition unlike any other country. He added too that the anticipated supply of cheaper electricity can increase fivefold with emissions staying essentially flat.

GWI to boost service levels in Timehri with resuscitation of well

On the other hand, this transition agenda also included a suite of low carbon investment opportunities.

“Small and medium businesses will be supported to create low carbon jobs and economic opportunities,” the Head of State asserted.

He said some 15 per cent of funds from forest climate services will be invested in Amerindian communities’ priorities, including land titling and capitalisation of the Amerindian Development Fund to implement Community Development Plans.

In addition, low carbon infrastructure will be expanded – including transportation, digital infrastructure, e-Governance, and social inclusion. The urban built environment such as roads, drainage and water infrastructure among other areas will also be improved in all towns across Guyana.

“Consideration will be given to international architecture and urban planning competitions for Georgetown and Silica City to match the unprecedented anticipated growth with high standards of urban planning. The LCDS 2030 will support entrepreneurship and innovation. The Protected Areas System will be expanded, and we will see the creation of an International Center for Biodiversity. Work will resume on the restoration and maintenance of our important mangrove forests.

In 2022, work will start on the implementation of Guyana’s Climate Resilience Strategy and Action plan, which was produced using revenues received under the Guyana-Norway partnership. Work will re-start to implement the strategy and upgrade sea defences, irrigation systems, build agriculture systems that are more resilient and address the threat to public health from climate change,” the President added.

Meanwhile, as government outlines its transformation vision under LCDS 2030, the 110-page document has been made public and will undergo a four-month consultation to get feedback from stakeholders countrywide. A Multi-Stakeholder Steering Committee will be reconstituted to carry out these discussions before the initiative receives final approval.

During this time, however, President Ali reassured that no agreements will be entered into before LCDS 2030 is finalised.