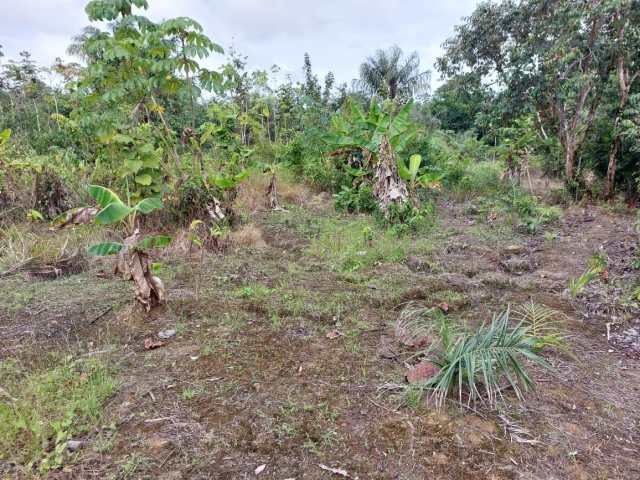 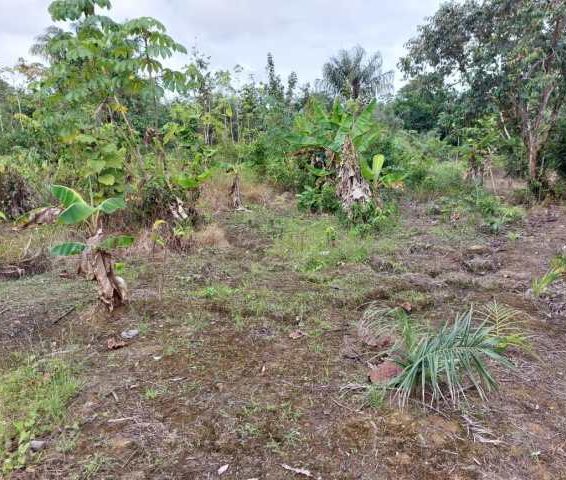 Baracara residents call for Govt assistance to return to farming

Residents of the riverine community of Baracara are calling on the government to step in and assist them so that they can return to the land to earn a living.

Since last year’s flood, some residents have not been able to farm.

Baracara is a farming community situated 52-miles off the Canje River. With little economic activity taking place, the villagers earn a living by having their products sold at the New Amsterdam Market.

As costly as it is to transport their produce to New Amsterdam, they also face difficulty to get payment from the vendors on time.

Even that process is not possible now because they are not farming on the scale which they need to.

Some residents are engaged in farming while others are engaged in logging. Both activities are at an almost standstill as a result of the 2021 floods which severely affected that community.

Conroy LaFleur is one person who farms in that community to make a living. He says governmental intervention they say is needed urgently.

“Right now I have the place there that I started to cut but I cannot burn it because of the constant rain. We are not getting the sun. We have some old farmland that the water kill so we want to spray it to kill the bush and start back farming but I don’t have money to buy drugs and fertilizer. I am calling on the government to step in on us because we did not get any flood relief,” LaFleur told this publication.

Meanwhile, Pearl Tindall a retired headteacher who lives at Tacuba Village which is situated 28 miles up the Canje River told this publication that she lost her citrus farm as a result of the floods.

“I had quite a few trees that died. The people came up and they checked the place and the same time I was in the water; that was in the month of May. I was in the water trying to gather up some fruits because the fruits were falling from the trees. They promised to come back but they have not come back up to know.”

According to Tindall she too is still waiting on her flood relief cash grant.

She said she would sell about 1000 oranges fortnightly in addition to lemons but now there is none to sell. This has been the situation since the flood.

The community of fewer than 500 residents is also being plagued with a lack of job opportunities, especially for the youth population. Access to those communities is only possible by boat. 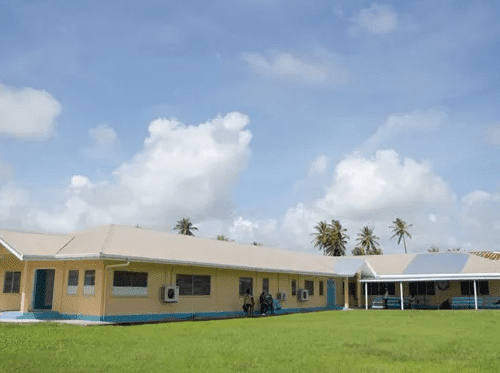 Enmore Polyclinic to be upgraded into a hospital

They are calling on the government to intervene and provide needed assistance in the agricultural sector.

LaFleur, who also rears sheep and lost all, explained that about 7000 plantain suckers also died in the flood; many of them were bearing.

“I had to turn to a little joining work but I want to do back the farming but it is very expensive to start back. We don’t have money to start.”

He further revealed that he and another resident had partnered to cultivate watermelons.
“At the end of December, we spray down a place and plant these watermelons but because of the constant rain, the watermelons just stunted and stay one way all the time. So, all this here is just waste. We wouldn’t inherit anything from this watermelon. If we have money, we can spray the whole place and chance some corn,” LaFleur said.

Similar stories were also told by other residents of the community.

Meanwhile, as it relates to the flood relief grants, the Even News was told that arrangements are being made to take cash into those residents who would have qualified for the grants.

Because of the location of the community, cheques might not be issued to them. However, it is only when all of the payments are available will the Agriculture Ministry take them to the community.