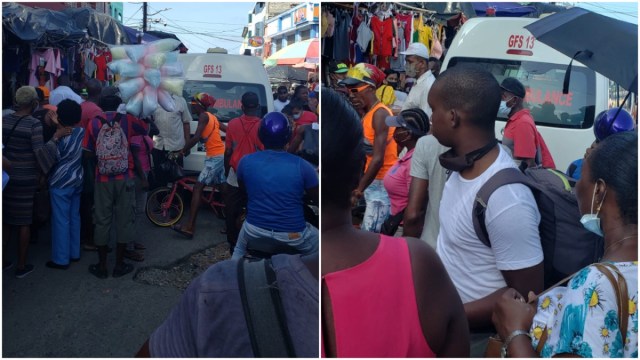 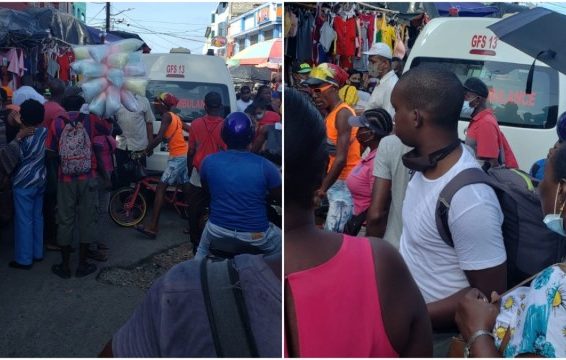 A bandit was moments ago shot dead at the Stabroek Market Square after he attempted to rob a married couple.

Another perpetrator was also injured during the process while a third suspect has escaped, a senior security official told this publication.

INews was reliably informed that a couple was at the market to purchase items for Diwali when the woman, who was wearing gold jewellery, was confronted by one of the thieves.

The perpetrator reportedly tried to snatch her gold chain. During the process, a shot was fired, killing one of the bandits and injuring the other.

This is a developing story…