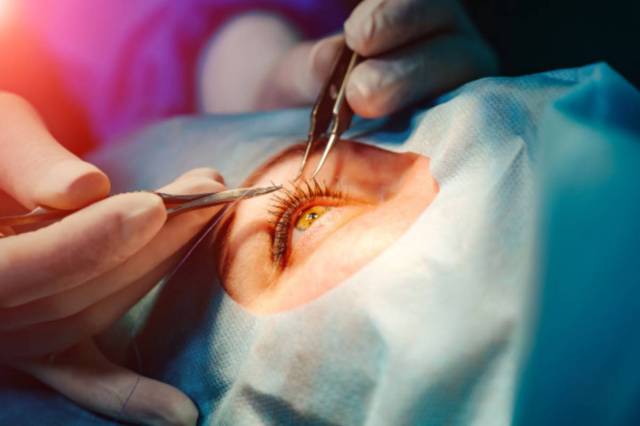 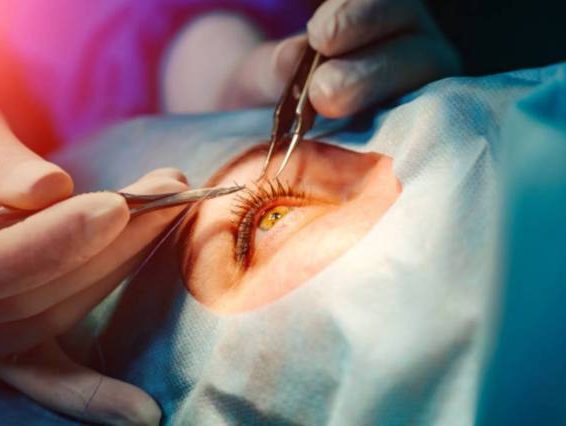 The National Ophthalmology Hospital at Port Mourant, Corentyne has a backlog of some 1500 cataract surgeries still to be performed, and authorities are said to be working assiduously to reduce this number. At the beginning of this year, this backlog had stood at 2100 surgeries.

This backlog is as a result of a fire which occurred at that health institution a few years ago, during which the operating theatre had been damaged.

So far for this year, 500 surgeries have been conducted at this institution. This is according to Director of the National Ophthalmology Hospital, Dr Vineshri Khirodhar, who explained that the hospital’s capacity has recently been boosted following a visit from an ophthalmology team from the USA. That team of 32 had eight surgeons and six optometrists.

“The 200 number was basically the maximum number of supplies that we can bring in in terms of weight. So I requested that, so that basically that was not going to be our limiting factor. We did not want to get here and then we ran out of things to do because of a lack of supplies. I am actually happy that we were able to get 100 procedures done by this surgical team,” Dr White had said.

Importantly, he had noted, the team was able to do some training of local doctors in order that those doctors could continue the work.

“We were able to train one of the local ophthalmologists here in a technique for the capsulotomy. Prior to today (Tuesday), patients would have to travel from Port Mourant to Georgetown to get this treatment, but now they will be able to access that treatment here. So, that will save on cost and make it far more convenient for patients to have to get that here.”

What had precluded those surgeries from being done at the Port Mourant facility was a combination of both a lack of trained personnel and a lack of equipment.

National Ophthalmology Hospital Director Dr Vineshri Khirodhar had explained that because of the complexities of some of the cases, time spent on most of the surgeries was longer than had been anticipated. However, she noted that the team worked long hours to complete them.

“We did some additional procedures, like capsulotomy. That is basically patients that would have had cataract surgeries many years ago and the lens would have been cloudy…So, they would have done some of those procedures,” she explained.

“Cataract surgery is very time-consuming. A skilled surgeon may take about 30 minutes, but it is not necessarily 30 minutes per patient, because some patients do have complications. The cataract may be very tough, so you spend more time doing the surgery. So, different cases present their own unique challenges,” she informed.

Over a seven-year period, a backlog had resulted in about 2000 patients waiting to have cataract surgery. This backlog, Dr Khirodhar revealed, has been significantly reduced, as the hospital recommenced performing those surgeries as of January 15, 2022.

“So we are working our way down that list, and hopefully by December, we would have finished 1000 cataracts. The team would have equipment and resources; everything that we needed for the surgeries was brought in by the team. They will be boosting our capacity here also, because they would have done some in-house training with our local surgeons, and they will be a bit more skilled to do certain retinal procedures and also the capsulotomy,” Dr Khirodhar explained.

According to the Director, the capsulotomy is either done by laser or through a manual procedure. The doctors at the National Ophthalmology Hospital were previously trained to use only a laser, but the hospital could not facilitate that procedure.

They have now received training to conduct the procedure manually.

“The laser equipment, we are procuring that; so when it gets here, it will be a lot easier for many Berbicians,” Dr Khirodhar added.

The team of doctors came on an invitation from the Association of Bible Churches. The team made its first trip in 1997.

National Director of the Association of Bible Churches, Dr. Andy Girwarnauth, pointed out that every year a dentistry team also visits, and now ophthalmology has been included.“From a church perspective, it is always a delight to be able to hold out the love of Christ and to share (it) in a very tangible way to our people in this country, and let them know that God loves them; and the best way to show that love is not just to talk about it, but to demonstrate it. What better way to demonstrate it than to fix their eyes, so that they can see?” Dr Girwarnauth asked.

Persons from as far away as Region One (Barima-Waini) and Region Nine (Upper Takutu-Upper Essequibo) are now visiting the National Ophthalmology Hospital at Port Mourant for their cataract surgeries.