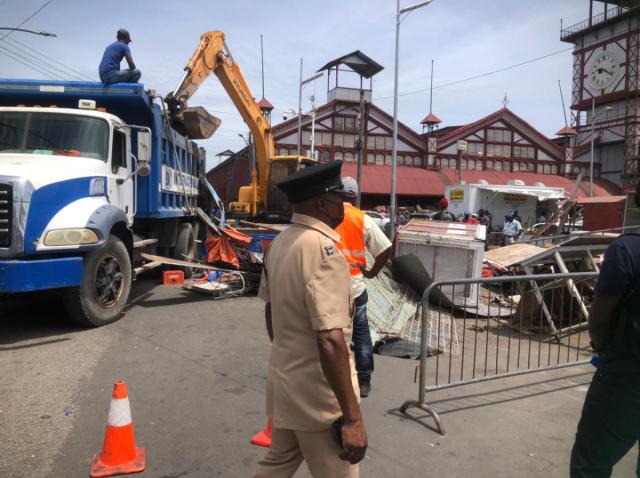 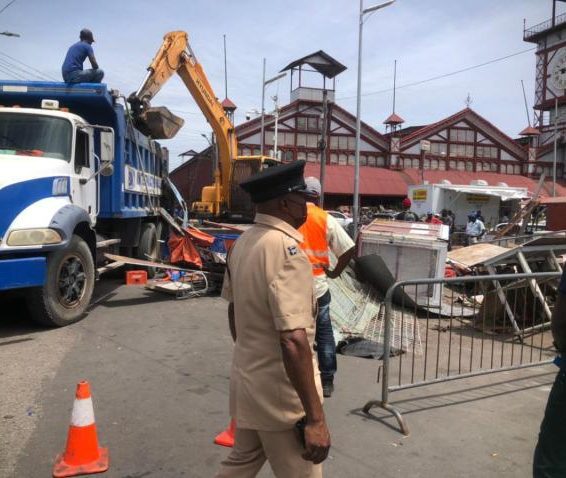 Unregulated stalls in the Stabroek Market area are currently being destroyed by local authorities after vendors failed to comply with a notice issued about a week ago to have the fixed structures removed.

One vendor, who asked to remain anonymous, admitted to this publication that she received her notice on Monday last but did not think the authorities were serious about clearing the structures.

She explained that authorities had advised the vendors to utilise temporary stalls, such as carts affixed with wheels are that easily movable, however, many operators had established fixed structures.

It was only last week that Attorney General and Minister of Legal Affairs Anil Nandlall called on the Georgetown Mayor and City Council (M&CC) to address the issue of street vending throughout the city, especially in the major commercial districts.

Nandlall had pointed out that the Mayor and City Council has been legitimising criminal occupation of the reserves by accepting a fee from persons and allowing them to vend on these lands. These vendors erect makeshift stalls, sheds, or place caravans, motor vehicles, carts and other receptacles on these lands from which they do vending.

“This use of these lands is causing serious traffic hazards, traffic congestions, public inconvenience and they also affect private proprietors from accessing and enjoying the use and benefits of their properties,” the Attorney General stated.

In fact, he reminded that businesses on Regent Street and other commercial streets have been forced to secure orders of court against vending on the pavement in front of their commercial premises. 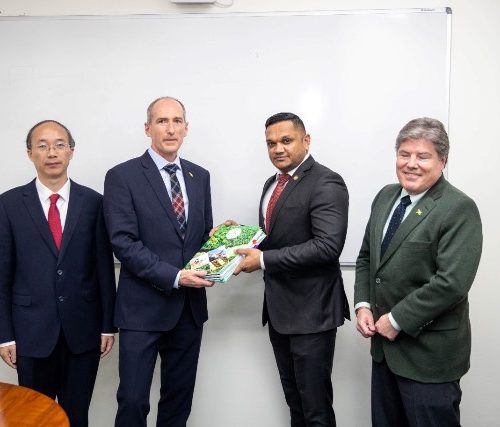 AG Nandlall also highlighted that street vending not only hinders traffic and business operations but also produces garbage that has become a monumental problem.

“So, while the Government is expending a tremendous amount of time and resources in trying to clean the city and its environs, a venture that the City Council has publicly refused to join hands on, they exacerbate the problem by licensing to create these public nuisances. We simply cannot continue in this way,” Nandlall contended.

Only in December, the Shamdas Kirpalani store secured an order from the High Court, which instructed the Town Clerk to prohibit pavement vending in front of the business’s Lot 107 Regent Street, Lacytown, Georgetown location.

Then in February 2022, Demerara High Court Judge Justice Jo-Ann Barlow has ordered the City Engineer of Georgetown to take all necessary steps to remove all encumbrances from in front of the Collections Boutique and Gift Centre at Lot 27 Water Street, Georgetown.