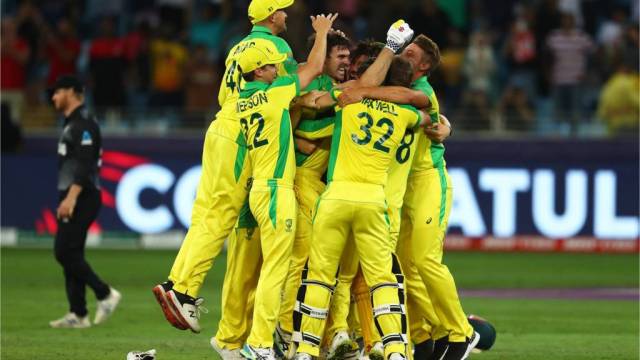 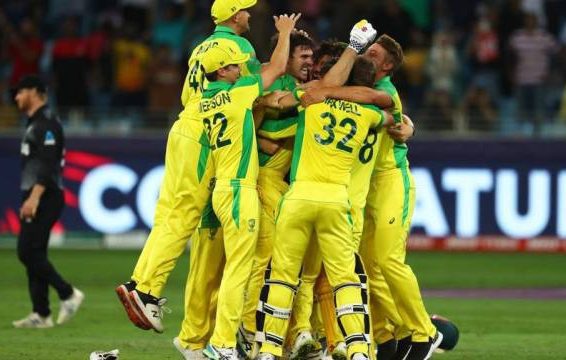 Mitchell Marsh plundered a ferocious 77 not out from 50 balls as Australia overhauled what appeared to be a challenging 173 with seven balls to spare in Dubai.

The all-rounder shared a dominant stand of 92 with opener David Warner and continued to attack after the opener was bowled for 53 from 38 deliveries.

Marsh was dropped on 68 but at that stage only 15 runs were needed from 19 balls – the highest chase in a men’s T20 World Cup final a near certainty.

After Glenn Maxwell hit the winning runs, Marsh was mobbed by his team-mates and dropped to his knees, overcome with emotion having produced his finest T20 innings on the biggest stage.

New Zealand, now beaten in three consecutive white-ball finals, were arguably favourites at the halfway stage after Kane Williamson’s 85 from 48 balls, but it was Australia – unfancied before the tournament – who cantered to their maiden title.