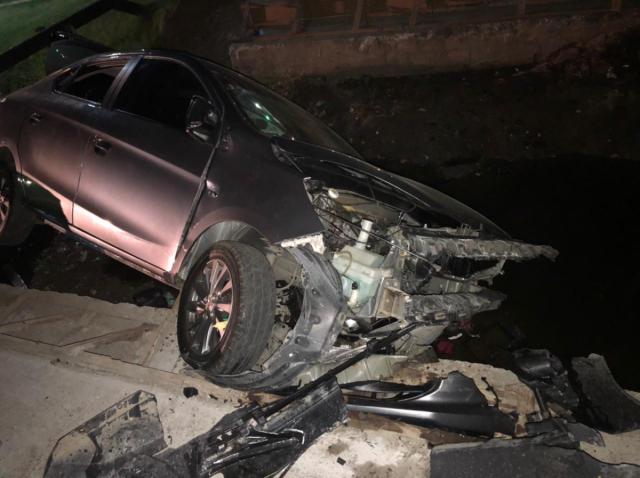 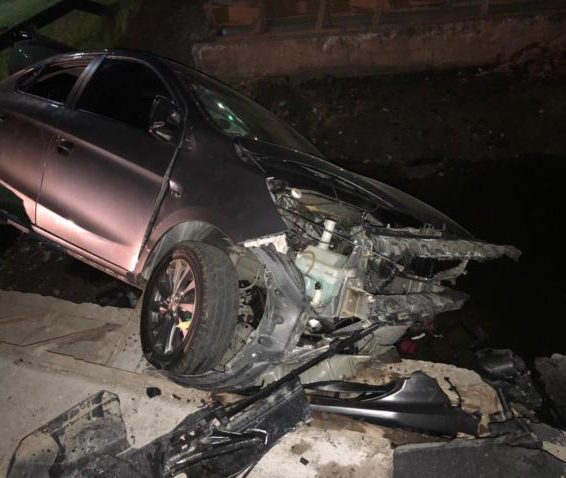 Moments after stealing a motorcar from the Chairman of the Industry/Plaisance Neighbourhood Democratic Council (NDC), two bandits crashed the vehicle whilst trying to escape.

The incident occurred at around 21:45hrs on Sunday at Plaisance, East Coast Demerara (ECD).

Rodwell Lewis said he had just dropped off a package for his sister at the Alpha Hotel, and he and two other relatives were outside the building having a conversation while his vehicle, valued $2.6M, was parked nearby.

Lewis said he subsequently observed two men who disembarked a vehicle and approached them.

“And they demanded to have the keys (to my car) but after one of them pull a gun, the only alternative was to surrender to them and after we surrendered to them, they drove off,” Lewis explained.

The NDC Chairman said he immediately alerted a police patrol vehicle which went in pursuit of the bandits.

During the chase, the bandits crashed the vehicle into a nearby bridge. One of the suspects was apprehended while the other escaped.