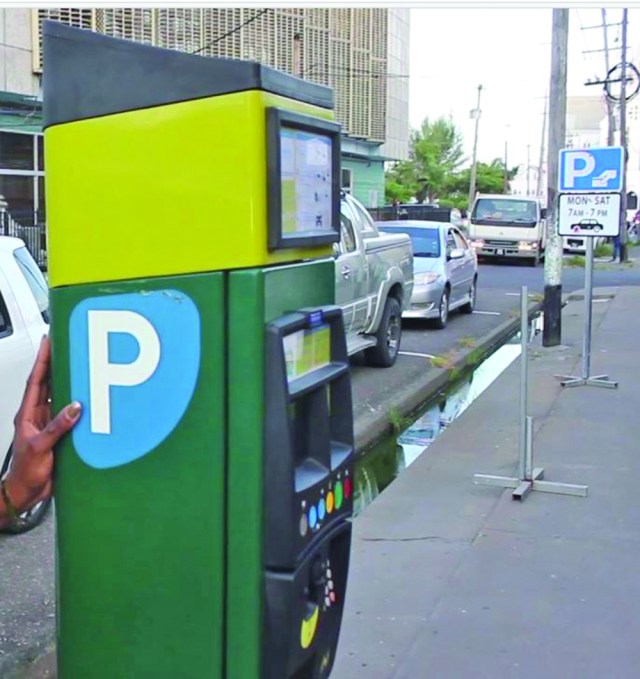 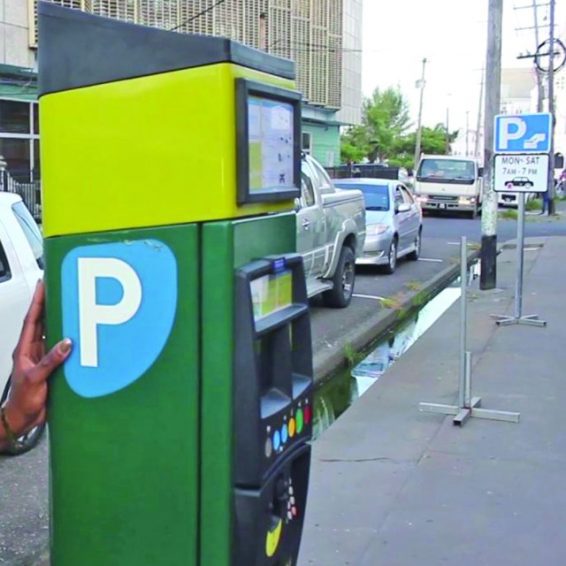 2 months ago·3 min read
ShareTweetPinShare
Home
Local News
Arbitrators still to be selected in $100M lawsuit against Govt over scrapped parking meter project
The content originally appeared on: INews Guyana
One of the many parking meters left abandoned in Georgetown

While arbitration proceedings are ongoing in the US$100 million lawsuit filed against Guyana by international company, Smart City Solutions (SCS) over the terminated parking meter project, lawyers for both sides are yet to agree on who will sit on the arbitration panel.

This was according to Attorney General and Legal Affairs Minister Anil Nandlall during a recent interview with this publication.

“The arbitration process is ongoing. There are procedural matters that are being attended to by the lawyers for both sides…including finding agreement on the personnel who will sit on the arbitration panel. The parties have to comply with a number of procedural steps.”

The Mayor and City Council (M&CC) of Georgetown had entered into a contract with the Mexican company under the previous A Partnership for National Unity/Alliance for Change (APNU/AFC) Government in 2016 for the installation of parking meters in the capital city.

With the M&CC, under the then mayorship of Patricia Chase-Green and then Town Clerk Royston King, failing to implement the project, SCS is suing the Government through the Washington, DC-based International Centre for Settlement of Investment Disputes (ICSID)—an arbitration institution established by the World Bank Group to address legal dispute resolution and conciliation between international investors and States.

At a previous sitting of the National Assembly, the Attorney General had requested GY$100 million in supplementary funds for the Legal Affairs Ministry. Of the entire sum approved by the House, $3 million, Nandlall said, will be made as a deposit towards legal fees for lawyers representing Guyana.

This law firm is also leading Guyana’s legal team in the border dispute case with Venezuela at the International Court of Justice (ICJ) in The Netherlands.

During his weekly programme—Issues in the News—Nandlall had explained that the record and other evidential material relating to the claim show that the circumstances and the conduct governing the execution of the parking meter project contract by members of the M&CC can attract criminal liability.

“The requisite procedures laid down in the law under the Mayor and City Council Act and regulations and bylaws were clearly not complied with. A few persons, in my humble view, committed fraud upon the Council by entering into this transaction without the requisite endorsements as mandated by law… The Criminal Investigation Department is being activated and a criminal investigation will now be launched into that matter,” he had said.

The parking meters were active in January 2017, but this was met with strong resistance from the then PPP/C Opposition, private sector bodies, and ordinary citizens, who formed an organisation called Movement Against Parking Meters (MAPM) – which went on to hold some of the largest non-political protests ever seen in the city.

Amid public pressure, the then APNU/AFC Government finally intervened and suspended the bylaws which paved the way for the implementation of metered parking, thus effectively halting the parking meter project. The project has since remained stalled.Meanwhile, in January 2018, a ‘Parking Meter Renegotiation Committee’ at City Hall proposed a reduction in the parking fee from $500 per hour to $150 per hour. Three months later, the then City Council approved amendments to the bylaws and had even appeared before the then APNU/AFC coalition Cabinet to discuss the changes to the contract, but the then Government never gave the green light for the project to recommence.

However, a new City Council was elected later that year, and current Mayor Ubraj Narine had told this publication back in April 2019 that he was in no rush to reintroduce the initiative.

Although the contract had already been renegotiated, the Mayor also indicated that he would still need to further renegotiate with the investors before moving to reintroduce the project.

Nandlall has maintained that the parking meter project was entered into by the previous Government due to its incompetence and corrupt practises. He has promised that as long as he is Attorney General, he will ensure that Guyana receives the best legal representation at every forum because citizens “deserve no less”.

Given the serious nature of the lawsuit, the Attorney General has made it clear that the Government will not leave the incompetent Georgetown M&CC to handle the case, because should SCS win, the company can levy on the historic City Hall.