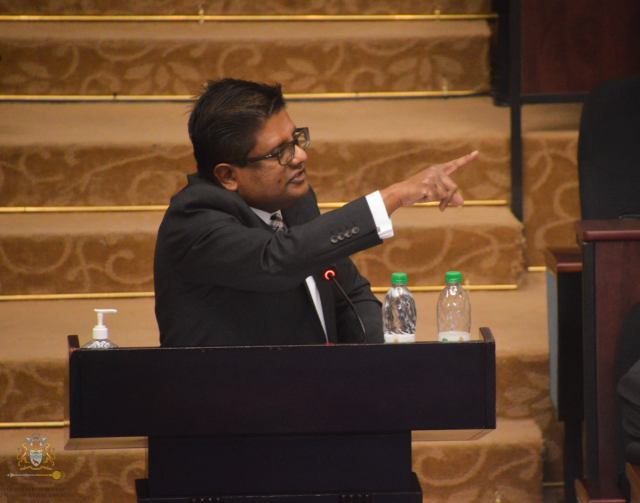 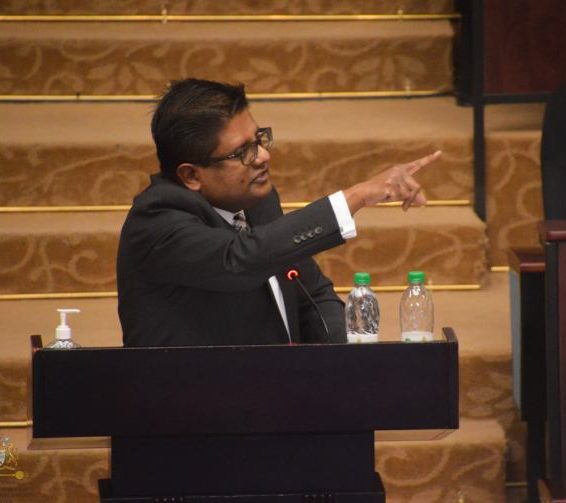 Senior Minister in the Office of the President with responsibility for Finance, Dr Ashni Singh said the opposition APNU+AFC Coalition has no sensible response to the PPP/C Government’s comprehensive agenda.

During a televised programme with the Department of Public Information (DPI) on Saturday, Dr. Singh sacked Opposition Leader, Aubrey Norton for his “baseless” discrimination talks.

“The recourse to the ethnic bogeyman, the baseless statement being made about discrimination are reflective of the fact that the APNU+AFC has no sensible response to the comprehensive agenda that is being implemented by President Ali’s PPP/C Government,” Dr Singh posited.

The senior minister said government’s developmental agenda is evident in the consistent pattern of the annual budgetary allocations, and policy position that created an environment for job opportunities and income generation.

He said if one should look at almost everything the administration has achieved and is pursuing, they will observe a systematic approach designed for the growth of Guyanese.

The minister pointed to a number of social support programmes, especially the COVID-19 cash grant relief initiative which benefitted every household in the ten administrative regions.

Minister Singh noted that the swift move to undertake such a massive outreach stemmed from the PPP/C observing several households in financial distress during the devastating period.

“Where is the discrimination here?” the minister asked, as he reeled out a host of other measures, which he said, were implemented by the previous government to cause destruction to Guyanese families.

“If you look at for example introducing VAT on electricity, water, education, medical and school supplies, construction materials and heavy-duty equipment, taking away the cash grants from parents… the interventions by the APNU+AFC harmed every single Guyanese family,” he stated.

The restoration of the ‘Because We Care’ initiative alone has injected almost $6 billion into the pockets of parents/guardians of approximately 194,000 school children.

Further, Minister Singh said every household that pays an electricity or water bill now enjoys a VAT-free process, when compared to prior August 2, 2020.

Additionally, the housing ministry’s programme was stagnant, with little to no applications being processed for citizens to own their own homes, the minister asserted. 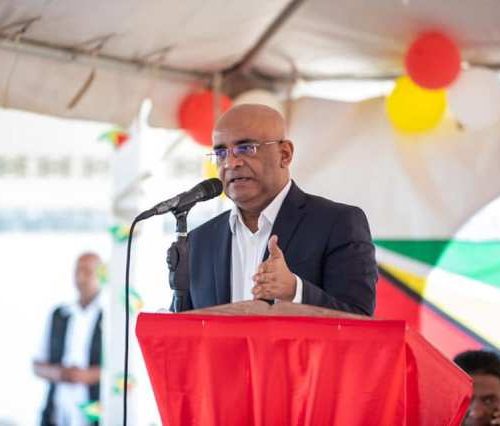 “We came into office, we immediately revamp and strengthen the housing ministry and we started an aggressive programme to distribute house lots… since we are in office, we have probably distributed more than 10, 000 house lots.”

He reiterated that during the coalition’s reign, Guyanese witnessed no diversification nor growth in the economy.

“Instead, it appeared that the strategy was simply, to sit [and] wait for oil to come,” the finance minister contended.

To this end, he maintained that the opposition can in no way provide credible criticism of the PPP/C’s inclusive policies as well as an alternative policy position on any issue.