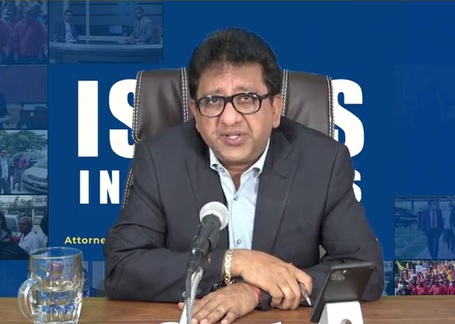 In response to legal proceedings filed by the APNU/AFC Coalition challenging the passage of the Natural Resources Fund (NRF) law, Attorney General and Legal Affairs Minister, Anil Nandlall SC, is contending that the Opposition cannot benefit from its own wrongdoing.

The legal documents filed highlight, among other things, the absence of the original Parliament Mace during the passage of the NRF Bill in December last.

The bill was passed after a series of chaotic events that erupted in the National Assembly on December 29 when it was brought up for debate. The Opposition’s disruptions had escalated into a confrontation between some of their MPs and Parliament staff after the Mace was stolen from in front the Speaker.

But according to Attorney General, Anil Nandlall, the Opposition cannot now challenge the passage of the bill when they had caused the damage.

“They removed the mace and attempted to run away with it but in the process, they were stopped and the mace broken – all of this was recorded – and they left the sitting. They left the Parliament after they did their damage… And then when the bill was passed their absence, they now turn around, Christopher Jones, in his capacity as a Member of Parliament, and Norris Whitter, as one of the persons who signed this petition, claimed that the bill was passed illegally because the mace was not in place.”

“A substitute mace was used, authorised by the Speaker [Manzoor Nadir] because they broke the real Mace. That mace was authorised by the Speaker and the Clerk [Sherlock Isaacs], and respected by the Assembly that was present as the Mace for the reminder of that proceedings, and the obstructionists – the persons who behaved like hooligans, broke the Mace so that the Parliament couldn’t have the Mace to continue its proceedings, now bring legal proceedings to say that the [passage of the Bill was] illegal because you didn’t have a Mace,” the Attorney General outlined.

“You have a principle in law, no matter which legal system you maybe operating under, that a person must not benefit from his or her wrong… You cannot benefit from your own wrong… But the courts in Guyana are now being asked to declare a law illegal because of one side of the National Assembly running away with the Mace and breaking the Mace, and once they did that, Parliament apparently supposed to stop,” he posited.

The Attorney General went onto note that if the Opposition is found to be right then there would be no need for the voting process in the National Assembly since anytime the Opposition, not only in Guyana but around the world, disagrees with something in the House then all they need to do is steal the Mace or break it to disrupt the proceedings.

“They don’t have to vote anymore in parliaments… You hold the whole parliament at ransom and you benefit from your obstruction,” he asserted.

But the Attorney General contended that the “law is not an ass,” adding that Parliament proceedings are immune from inquiry from the court with the only exception being an allegation of violation of the Constitution.

However, he pointed out that nowhere in the legal proceedings filed were any Constitutional provisions cited.

Another one of the grounds the Opposition raised in its legal action is the failure to consult with stakeholders in the enactment and passage of the NRF Act. 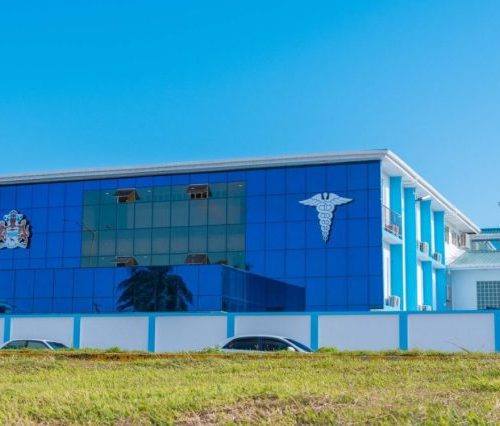 But Nandlall reminded that the Coalition did not consult when it had passed its own NRF laws in January 2019 just mere days after the APNU/AFC regime had fallen to a successful No-Confidence Motion.

He further argued that while his government is open to public consultations, there is no legal or constitutional obligation that requires it to consult in passing new laws.

“Let me say that consultation is an important component of good governance. It’s a pre-requisite in a democracy; they are good values but you are dealing here with law. There is no legal obligation on a government to consult. They passed this very bill, they passed a NRF law [but] which grouping did they consult?”

“Which part of the world, under which legal system, a government must consult before passing a law. And I’m not saying we didn’t consult, we consulted on this bill – perhaps not with that group, and I don’t know that we have to or any government has to consult any group or all the groups,” he argued.

In fact, the Attorney General reminded of a recent ruling by the Caribbean Court of Justice (CCJ) on a case in which the name change of the Ogle International Airport in Guyana to the Eugene F. Correia International Airport was being challenged. The region court made it clear that while consultation is desirable, it is not a legal requirement unless the law expressly says that.

To this end, Nandlall criticized the Opposition’s constant invoking of Article 13, which states “The principal objective of the political system of the State is to establish an inclusionary democracy by providing increasing opportunities for the participation of citizens, and their organisations in the management and decision-making processes of the State, with particular emphasis on those areas of decision-making that directly affect their well-being.”

According to the AG, “In my view, and perhaps now we will have it determined, in my view Article 13 is not an enforceable right but is declaratory of an aspiration… Their presence in the Constitution does not make them enforceable.”