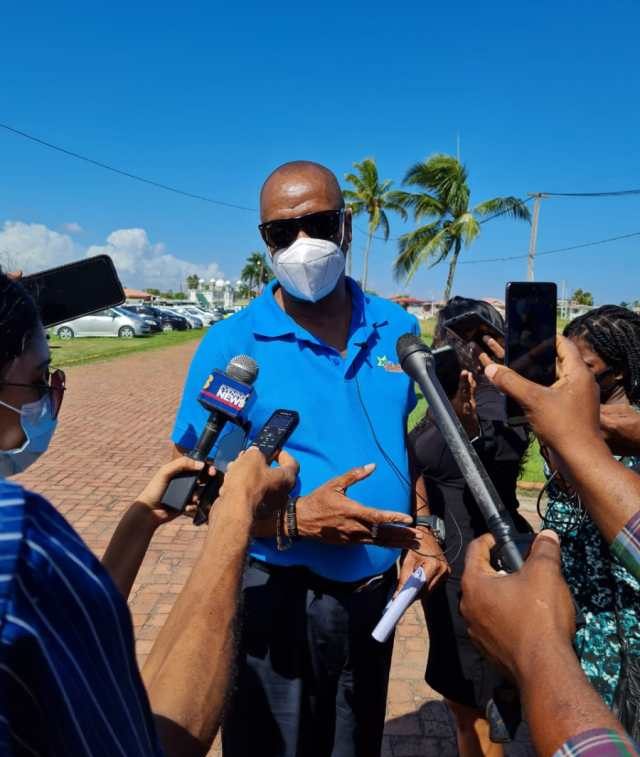 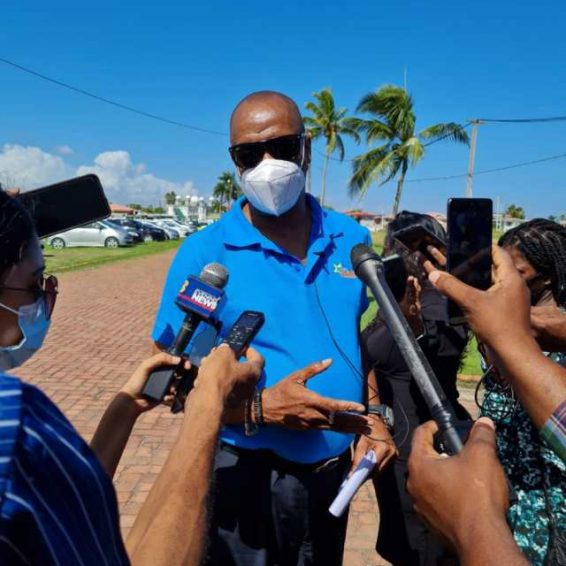 The A Partnership for National Unity/Alliance For Change (APNU/AFC) coalition will be making its rounds of internal consultations before collectively taking a position on the draft electoral reform laws.

Opposition Leader Joseph Harmon took this stance on Friday amid an invitation from Government to engage in consultation for possible changes to the Representation of the People’s Act.

“We will deal with them (the issues) after I have had consultations with the members of my team. They have sent individual letters to the Leader of the PNC, Leader of the Opposition, and Leader of the AFC. There will be rounds of consultation before we actually come up with a position,” Harmon has said.

According to him, an issue on the front burner is a cleansed voters’ list before the facilitation of the next General and Regional Elections.

“As far as the PNC is concerned, the critical element of this is to ensure that we have a cleansed voters’ list, that we’re not going to go back to any elections with the voters’ list as it stands, and that the best process of cleansing the list is by house-to-house registration.”

While the Government has draft electoral reform laws and wants to take them to Parliament at the earliest possible opportunity, it also wants to have the widest possible engagement with stakeholders. These consultations include with the various political parties.

Governance and Parliamentary Affairs Minister Gail Teixeira recently revealed that the consultation will be held over a six-week period, allowing stakeholders and the public to make comments and give suggestions via email or postings on the Ministry’s social media page. She also urged persons to view the proposed amendments in the context of avoiding a recurrence of the events which followed the March 2020 General and Regional Elections.

“We want people to look at those and see what they feel, and ask themselves, ‘Are the recommendations sufficient? Are there areas in terms of the process of elections from registration through to proclamation? Have we covered all the corners in terms of what may be ambiguities or opportunities for people to do things that would harm or undermine the rights of the Guyanese people to vote and elect the representatives of their choice?’ So, we are trying to prevent what happened in 2020 (from) happening again,” the Minister reiterated.

One issue the reforms deal with is the Chief Election Officer’s (CEO’s) issuance of manuals to GECOM staff. In theory, the manuals are issued to supplement and clarify existing laws. In practice, the CEO would often issue manuals that run counter to the law. According to Nandlall, the reforms would ensure greater scrutiny of the practice.

Additionally, the reforms would address the issue of polling station locations. Indeed, during the 2020 General and Regional Elections, GECOM caught flak for their choice of polling station locations, which in some cases were inaccessible or difficult to find. In Eccles, East Bank Demerara, there was one case of GECOM putting a polling place in a muddy pasture that was used for grazing cows.

Proposed changes to the Representation of the People Act (RoPA) were released to the public last week – just over a year after the unprecedented five-month-long election last year, which was marred by instances of fraud and other electoral offences.

Among the changes in the proposed reforms are stiffened penalties. For instance, if the CEO posts false statements of poll on the website, he/she has committed an offence and can be fined $10 million as well as face life imprisonment. In fact, if the CEO fails altogether to make the copies available electronically via the GECOM website, he can be charged.

Another responsibility of the CEO is to prepare a final report on the nationwide votes which are to be submitted to the Elections Commission to declare the winner of the elections. If he fails to do this within the established timeframe, or if he falsifies any of the data, he can also be jailed for life and fined as much as $10 million.

During a special edition of his programme “Issues in the News”, Attorney General Anil Nandlall had also encouraged all Guyanese to acquaint themselves with the reforms. He noted that Government wants to consult on the reforms as widely as possible before they are brought to Parliament. He also urged the persons they consult with to put forward suggestions and proposed amendments of their own if they feel the need to, noting that his party does not have a “monopoly” on knowledge.