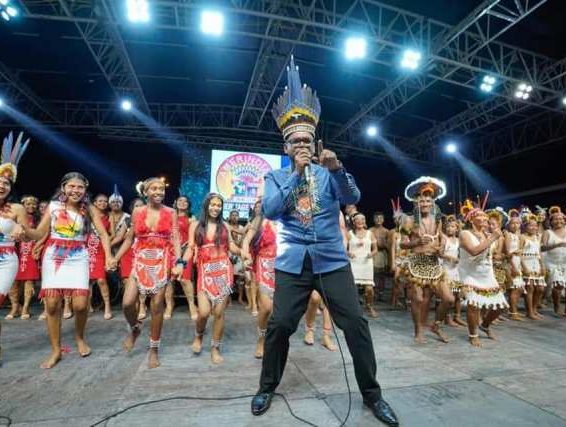 As the Amerindian Heritage Month celebrations got underway on Thursday evening with a cultural extravaganza, President Dr Irfaan Ali has pledged to Guyana’s indigenous people that his government will ensure that they will be part of and benefit from the country’s development.

Addressing the gathering at the National Stadium Tarmac in Providence, East Bank Demerara, the Head of State pointed out that all Guyanese are entitled to the same treatment and opportunities. As such, he committed to stand by indigenous people from every community and take them on the pathway to prosperity, telling them that they should celebrate this month with this in mind.

The Guyanese leader went to noted that Government has the responsibility to create the environment for indigenous people especially the youth to prosper. To this end, he reiterated that government will support and provide all that is necessary, including the finances, for those qualified Amerindians who wanted to be trained a particular field – nursing, teaching, medical technician, environment and so on.

“We will make sure you get all the opportunities… You have what it takes to be all you can be and we will create the environment to ensure you be all you can be,” he posited.In fact, the President revealed that 60 per cent of the junior teachers trained in the last three months came from hinterland and riverine communities across the country amounting to approximately 500.

Moreover, in the area of agriculture, President Ali again encouraged hinterland communities to produce crops, reassuring that government will assist them with the transportation to get those items to the markets.

He contended that hinterland communities too have a role to play in Guyana’s food security agenda, and by extension, the Caribbean region’s plan.

“So produce, we are going to get the produce out [to the markets] for you,” he implored.To further empower indigenous people the Head of State went onto outline the other initiatives government has undertaken such as the Hinterland Housing programme across the country. Only last week during a visit to Region Nine (Upper Takutu-Upper Essequibo), President Ali announced a series of measures to push homeownership in hinterland communities.

This includes a $1 million grant to some 600 land title holders so that they can start construction on their homes. Added to this, government has also partnered with two commercial banks to provide low-interest $2 million loans to each of these persons to supplement the construction cost since a typical house in the region racks to about $3 million to build.

To further assist with village economies, government also be procuring some two million building blocks from Region Nine communities. At least one village, Shulinab in South Central Rupununi will be getting $10 million to supply 300,000 clay bricks to be used in the region’s housing programme.

According to President Ali on Thursday, the best investment government can make is in its people. On this note, he underscored the importance of empowering individual persons, especially young people.

He explained that transformation is not only seen in physical infrastructure but also in individual development. The Guyanese Leader stated that by transforming individuals, then collectively they will transform their communities and ultimately, the country.

“Our country will do better and everyone must be better,” he asserted. The Head of State also used the opportunity to highlight Guyana’s rich culture embedded in its six races.“What we have is unique, what have cannot be taken away, what we have can only be celebrated and shared… because what we have is a united people and united culture,” he pointed out.

During Thursday’s Amerindian Heritage Month Cultural Extravaganza at the National Stadium Tarmac, there were performances of traditional dances and songs as well as spoken pieces by cultural groups from various hinterlands communities across all 10 regions in the country.

The event saw the attendance of Prime Minister Brig Ret’d Mark Phillips, Cabinet Ministers, Members of the Diplomatic Corps, representatives from hinterland villages and other officials. 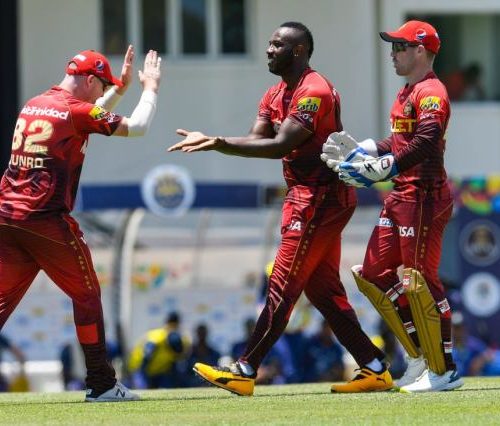 This year’s Heritage Month being held under the theme “Celebrating our traditional culture, while building One Guyana.” According to Amerindian Affairs Minister Pauline Sukhai, this theme is appropriate. Pointing out the importance of the indigenous culture, she noted that it is personal, unique and scared.

In the same breath, the minister said this rich culture is slowly fading away. However, she explained that there is an advantage to avoid this especially with government as a committed partner in the drive to promote and preserve traditional culture coupled with Constitutional provisions for the protection and preservation of Amerindians way of life and culture.

In fact, Minister Sukhai said that Guyana is the only country that has a government supporting a month-filled activities aim at celebrating and promoting indigenous traditional knowledge and culture.

“But in actively working to celebrate and preserve of our culture, we have to each do our part. Indigenous leaders, elders and youths have a specific role to play and we must take our roles seriously, proactive steps must be taken to not only celebrate and promote our culture but to keep it alive, to transmit it to the nexy generation, to embrace it and ensure we have pride in our identity,” the Amerindian Affairs Minister stated.

Similar sentiments were echoed by Chairman of the National Toshaos Council (NTC), Derrick John, who urged that at no time must indigenous people forsake their heritage.

Instead, he implored, they must preserve it for future generations. He added that this requires renewed efforts to work on passing down various indigenous traditions to generations.

Amerindian Heritage Month is observed in September annually. However, this year’s celebrations have returned after a three-year hiatus caused by the novel coronavirus (COVID-19) pandemic.