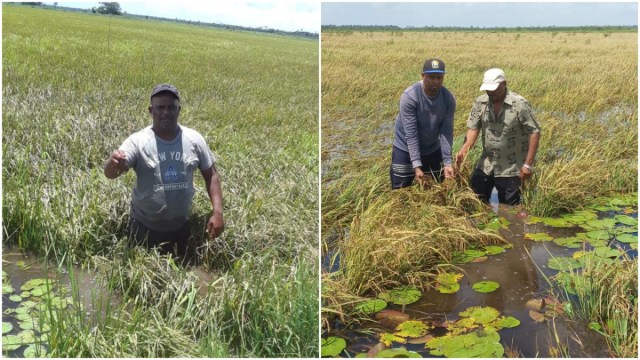 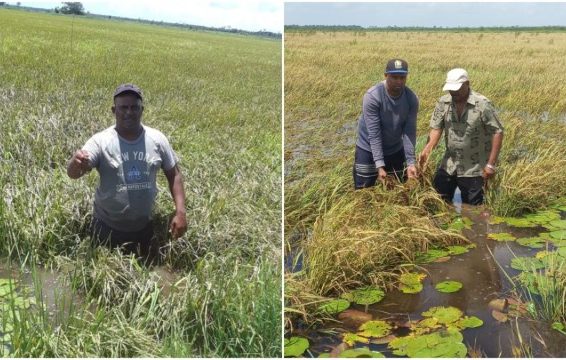 2 months ago·2 min read
ShareTweetPinShare
Home
Local News
Almost 300 acres of rice destroyed by recent flooding; more under threat
The content originally appeared on: INews Guyana
Some of the farmers affected by the recent flooding

The beginning of the rainy season has spared no wrath, causing sections of the Corentyne Coast to become heavily inundated.

The co-op is located 14 miles inland from the Central Corentyne Coast, where 30 farmers have pooled their resources and invested some $148 million to develop 3000 acres of rice land. However, because of a shortage of land in the front areas of the Corentyne Coast, those farmers made the investment in the backlands.

Seenarine Hardin, called ‘Sun’, has 550 acres under cultivation. He is currently harvesting, but 140 acres are under water. The water has been pouring into the cultivation area from the Canje River.

He explained to this publication that because of the huge amount of water in his rice fields, combines cannot go in there to harvest. The rice plants have become too weak to withstand the water, and coupled with the fact that they have paddy, they have fallen.

“The rice just falling down and rotting out in the water,” Hardin said.

Hardin is the hardest hit of the farmers who have lost rice. He told this publication that some fields he is currently harvesting, but production is low; because of the water, the combines cannot get all of the rice. According to Hardin, he is likely to be able to reap just over 400 acres.

Currently, he is receiving about 20 bags per acre, and has difficulty getting his paddy out of the field. According to some farmers, because of the current state of the access dams, they require at least two tractors to pull a grain cart out. 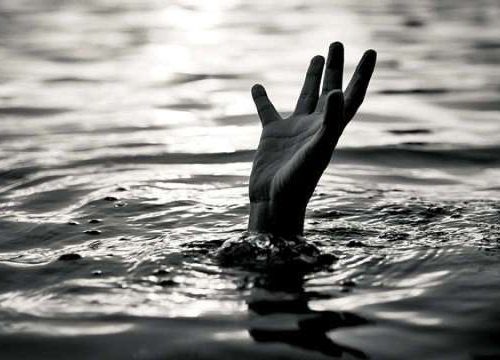 According to Hardin, currently, they only put the equivalent of about 60 bags of paddy into the grain cart before bringing it out.

“You can’t put plenty paddy now because of the dam. Access to the dam is very bad too. Right now, near to four tractors have to pull one cart, and they are not reaching out. When you go in in the morning, till midnight we reaching out.”

Most farmers try to harvest their crop during the month of April, and some even in the month of March, when there is more sun. However, this rice farmer explained that he did not go into the crop late, since his paddy was sowed between December 15 and 20.

“That is not too late, but the weather pattern, the weather, gets us waiting all the time. You not getting working time. When you go in the backdam to work and whole day rain fall, you don’t get to do anything. That is how the time take up. If the weather was good, we would have finished harvesting,” Hardin said.