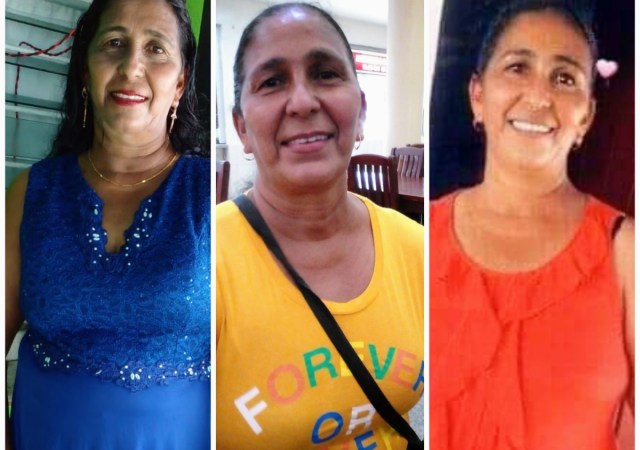 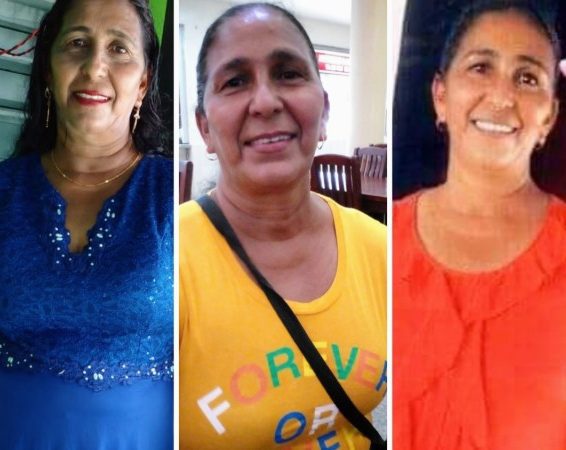 “All systems failed her” – family contends in murder of Foulis woman

3 months ago·6 min read
ShareTweetPinShare
Home
Local News
“All systems failed her” – family contends in murder of Foulis woman
The content originally appeared on: INews Guyana
Savitrie Raj, a mother of three of 15th Street, Foulis, was brutally murdered by her abusive husband of 33 years, whom she has been trying to escape.

The shocking murder of a 57-year-old woman in the wee hours of Tuesday has incensed the usually quiet community of Foulis on the East Coast of Demerara (ECD).

Savitrie Raj, a mother of three of 15th Street, Foulis, was brutally murdered by her abusive husband of 33 years, whom she has been trying to escape.

In fact, the couple were scheduled to appear in court on Wednesday as the woman had filed a report against him three weeks ago, after he attacked her with a glass bottle, causing her to receive injuries to the head.

But around 01:00h on the day in question, the couple’s only son was in the lower flat of house when he heard his mother screaming.

As such, he ran to the upper flat of the house where he saw his mother lying on the bed in a pool of blood. Three wounds were seen on her face and neck.

The husband, a fisherman, was allegedly seen jumping through the window.

The woman’s daughter Dian Raghunath and her husband, said told this publication that Raj had been abused by her husband and two other children for years. The grieving daughter said she believes her mother’s death was planned.

Raghunath related that for the past two months, her mother has been going through hell at the hands of her children and husband who joined forces against her. Raghunath said last month, her mother called her and told her that she was applying for an American visa, and she asked her husband’s permission to do so.

“She applied and she done get the date. He goes to work and comes home and would drink and walk and come in… my brother would also drink and torment she… he [ the husband] would argue with she and say that he need more money and I would tell she give he the money.

“That make him end up lashing her with a bottle. My aunty in America call me and asked me to ‘go and see what that man do to your mother’. He lash she with a bottle… I tell my mother to come by me and she say no; she went hide for the night at my father sister,” she explained.

The woman’s daughter said when her mother returned home the next day, the husband – who is her stepfather – continued the abuse while accusing her mother of infidelity. She said her mother’s phone was her company since everyone was against her in the house.

“Me and my aunt and cousins would call her to ask her how she was doing, and he feel a way. He would tell she that she doesn’t have time with he and so. He went on sea and come back and he lash she again and she went away. When she come home is torment,” Raghunath related.

“She moved out of the room with him and went to another room. She keeps going to the police and they were not doing anything, so I told her not to go to the police. The same night when he lash her with the bottle, he drink and he went upstairs. They say they can’t break the door, so they never come back,” she said.

The daughter said the now-dead woman then went to the Social Security Ministry where she was promised that someone would visit her home, but no one came. She then revisited the Police Station where she was given a court date for April 13, 2022.

Raghunath claimed that the day before the murder occurred, her stepfather pretended as though he was sick, sent her mother to the bank to withdraw $100,000, and planned how he was going to execute the murder.

“She told me that she feel like he has an intention to kill she, so she don’t want to go anywhere with him. Plus she said the law said to keep away from him them…he always say he gonna kill she and kill he self. My mother told everybody that he will kill she, but everybody told her to stay in the place.”

“She went yesterday to the bank and draw the money for he and come home. She said she only give him $60,000 and save the $40,000 to give them to bail themselves [her son and husband] if they get locked up after the court session,” the woman’s daughter said.

Just after 21:00h (9:00 pm) on Tuesday, Raj locked her bedroom door and went to bed; the suspect reportedly waited until she was fully asleep before jumping the wall and stabbing her about the body.

He then threw her phone a far distance from her, so that she could not call anyone to come to her rescue.

The man then reportedly drank a poisonous substance before escaping. A wanted bulletin has since been issued for his arrest.

Raj’s relatives said after she was stabbed, the police and ambulance were contacted, but only arrived until almost an hour later. They claimed that the woman could have been saved since she was still breathing.

Years of abuse from husband and children

In addition to giving details leading up to the murder of her mother, Raghunath told this publication that she grew up seeing her mother being beaten by her stepfather.

She said as a child her mother would sell to provide for her family, and after finishing working for the day, her stepfather would take the money and throw it away. 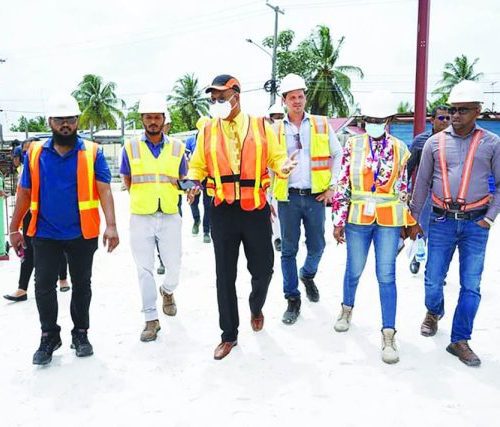 “He would snatch the money from her and throw it in the trench and she would have to call people to come and help her take it out from the trench. One time he beat my mother so bad he knock out her teeth out of her mouth,” she explained.

Raghunath said right through the abuse she stood by her mother, but later married and moved out of the home. She said that is when her siblings turned on her mother and started abusing her too. It even got to a point where they began demanding that the woman give them money, and if she did not, they would physically and verbally abuse her.

“If she do anything or talk anything, they would abuse she. If she go out and come back or somebody call she, when the father come from work, she [the daughter] would tell the father that mommy went on the phone… the next one [ the son] would abuse her, don’t giving she a dollar and when they money finish they would come and fight she down and knock her,” Raghunath said.

Relatives further claim that the woman would be abused by her husband and children almost every day. They are alleging that the man and his son even became drinking buddies and the husband would insult her in the company of visitors.

“He would tell her in front of people that she doesn’t give him sex the way he wants it or do the things he wants her to do…you should hear the nasty things he would say. He never show she love,” Raghunath revealed.

Raghunath said it even got to the point when she was even scared to take her mother out because she was afraid that when she returned, she would be brutally beaten.

“Just the other day I told her I will buy a dress for her so that I can go to this wedding, but then again I said no because I don’t want if anything happened to her, my aunty them say is because I carry her to the wedding,” she explained.

Now that her mother is dead, the woman said her siblings were regretting their actions.

“When she died, they cried, but now they will know the importance of a mother…when we were warning them they never listened. My mother always talked good about them, even though they did she all that. She loved her three children.”

The daughter is calling on those in higher authorities to look into the system that continues to fail abused women. They claimed that if the woman had gotten the help that she needed, she would have been alive today.

“The system fail she…look how much time she go to Police and they don’t come. She keep saying the Police is the only people that can help she…”.

Raghunath further encouraged women who are currently in abusive relationships to get out before it is too late.