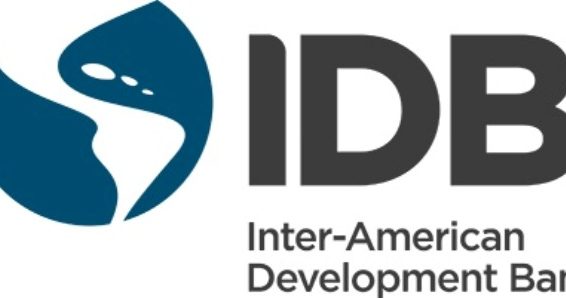 In its recently released quarterly report entitled “Caribbean Economics, Finance for Firms”, the Inter-American Development Bank (IDB) has not only projected the growth of various productive sectors in Guyana’s economy, but also the potential for Guyana to expand its access to capital for small, medium and large firms.

“In summary, the new oil economy has rebalanced as follows: oil and gas are estimated to represent 59.7 per cent of GDP in 2022, followed by services at 16.7 per cent, agriculture at 10 per cent, and gold production at 4 per cent. Oil production’s contribution to GDP growth was 51 per cent and 17 per cent in 2020 and 2021, respectively, and is projected to be 43.3 per cent in 2022,” the report further detailed.

When there is economic growth, access to finance for the private sector is never far from the conversation, as businesses serve as the engine of growth for the non-oil economic sectors. The development of the financial sector of a country is measured by its financial depth, which the report went into detail about.

According to the report, Guyana’s financial depth has been climbing steadily, increasing from 22 per cent in 2009 to 39 per cent in 2020. The report notes that there is potential for credit to continue expanding in Guyana.

According to a graph in the report that compared the years 2014 and 2020, Guyana has always been one of the countries in the region where firms had minimal barriers to financial access, compared to its regional peers.

Graph showing the barriers firms in the region face in accessing capital, due to cost of credit

And in Trinidad and Tobago, it was 41 per cent and 24 per cent, respectively. This is in sharp contrast to 2014, when the twin island republic had the least obstacles to accessing finance with 10 per cent major obstacles and four per cent severe obstacles.

“Over 40 per cent of firms in Barbados, Guyana, Suriname, and Trinidad and Tobago reported high interest rates as a significant barrier to their operations in 2020. For most of these countries, these concerns became more acute between 2014 and 2020.”

Letter: No place for stigmatisation regarding monkeypox

“The only country for which firms in aggregate reported this being less of a constraint in 2020 than in 2014 was Jamaica, though even there, 36 per cent of businesses flagged this as a concern,” the report also states.

Non-favourable interest rates were also the number one reason in Guyana for women-owned and women-led firms to not apply for credit.

Firms in Guyana also reported to the IDB that collateral for access to loans, is a major or very severe obstacle for them. Other obstacles include interest rates. A 2020 survey had reported that average interest rates for Guyana were 11.8 per cent, compared to the Caribbean average of 13.3 per cent. Lending rates have, however, declined since the survey and averaged 9 per cent last year.