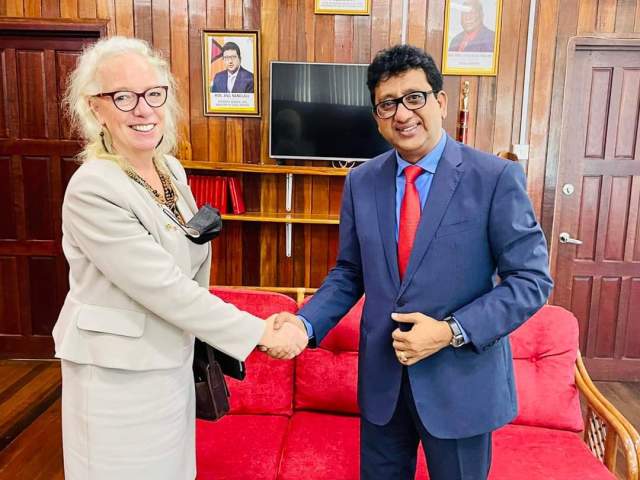 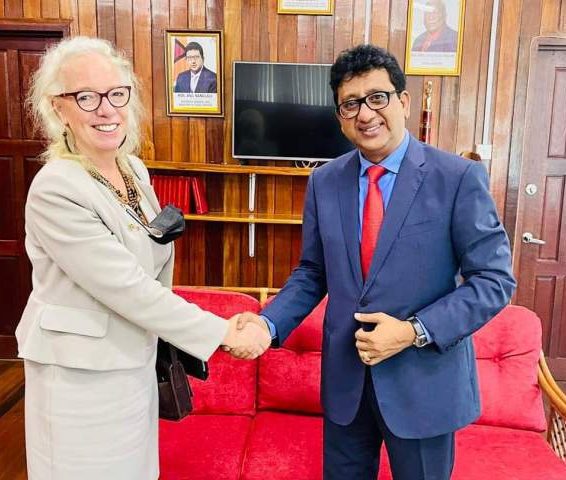 The Attorney General congratulated her on her appointment, and also for being the first female High Commissioner to Guyana of her country.

The Attorney General further reflected on the long and fruitful relationship that Guyana has had with the United Kingdom, before and after Independence.

The Diplomat and the Minister discussed a multitude of endeavors which they pledged to explore and pursue for the benefit of both countries, in particular in the area of legal reforms, arbitration and the securing of qualified personnel for the legal sector.

They both agreed to meet on a regular basis in order to advance these common objectives.