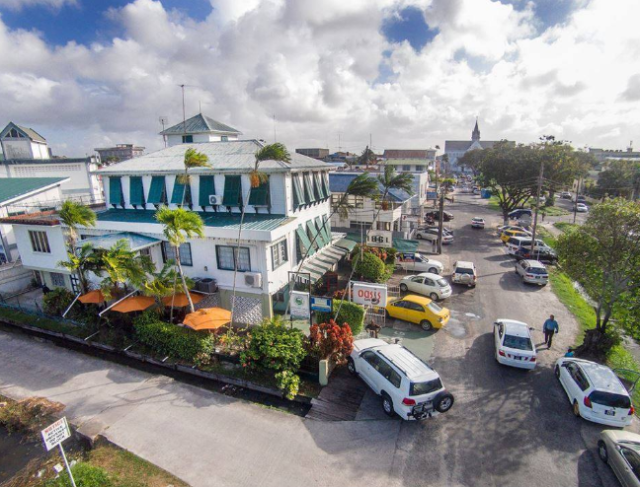 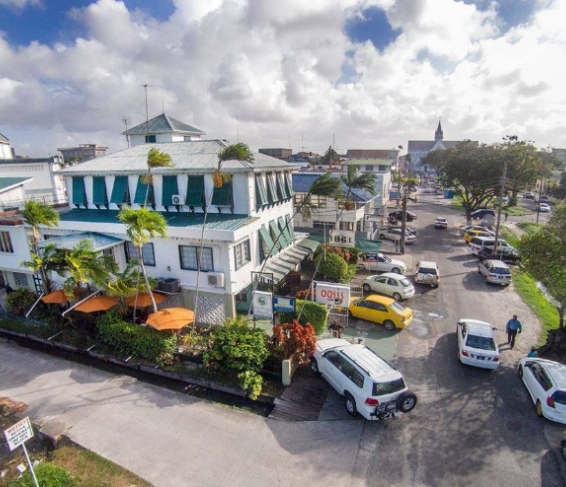 After 16 years, Oasis Cafe’s still “an extension of our living room”

A hunt for “proper coffee” 16 years ago led Nisa and William Walker to introduce a coffee culture to Guyana, and today that has grown with more coffee houses than one can imagine. However, Nisa and William’s Oasis Cafe remains the standard when it comes to that perfect brew.

Today Oasis Cafe is celebrating its “sweet sixteen”, and according to co-founder Nisa, it has been 16 years of learning, improving and revolutionising the atmosphere on Carmichael Street in Georgetown.

During a recent sit-down over a cappuccino with Inews, Nisa related that the story of Oasis is one she enjoys telling, since it started out of a love for coffee.

Having lived in the United States for a number of years, Nisa and husband William returned to Guyana, but could not find somewhere that served “really nice” coffee. They searched and searched, but had no luck. At the time of their return, she was also running an organisation for abused women out of her home, but still felt that she needed something else. So, after her children were in school full time, Nisa began exploring other things to do in order to remain occupied.

“So my background is in cooking and baking, because I’ve done a few courses at a culinary school in New York, and so we thought, ‘Why not combine that and open someplace where we can enjoy a really good coffee and make it available to everyone else?’ We took a risk, but it took off right away,” she said.

The initial reaction to Oasis opening saw the couple being thanked for creating a place where people can go and relax while enjoying baked goods and coffee. The intention was, and remains until this day, to make everyone visiting Oasis Cafe feel as though they are sitting in their living room.

The vibe in Oasis is homey, with the scent of freshly brewed coffee wafting through the air. The music is never too loud to cover the laughter or cause one to have overly loud conversations. These days, Nisa is a prominent figure on the service flood, and would use her time to interact with customers and make them feel as though they are really in her living room.

However, in the initial stages, it was not this way. She remembers getting up at 03:30h every morning and making rounds to pick up staff, since taxi services were not as popular back then. After picking up staff, she would head into the kitchen and start mixing and baking muffins, cookies and other pastries in order to have stocks when the Cafe’s doors are opened.

Her days then would consist of running errands at Bourda Market, Meadow Bank Wharf for fish and seafood, and then supermarkets for other supplies. But now Oasis has built a register of suppliers and Nisa has trained a team of staff that would ensure the work gets done, and to her standards. So, she is now merely a supervisor.

“We introduced the coffee culture here, and in recent years there’s been a lot more coffee houses opening. Everyone seems to be doing good. We all have our client base and are doing well, but it’s been influenced a lot by the overseas market, and travelling people are accustomed to what’s being offered, and we are all trying to keep abreast with the latest drinks,” Nisa added.

“It was meant to be, you know, just someplace for snacks and pastries and cakes and nice coffee drinks and juices. But then people started asking, ‘Why not lunches?’, and so this has evolved over the years. We have grown tremendously,” she said.

Now Oasis Cafe is famous for its salads, international dishes and one of the tastiest oxtail and split peas soups in the country.

Nisa particularly enjoys the Mediterranean aesthetics and dishes, so much of what she offers at Oasis is now heavily influenced by that. However, her love for food and cooking also sees her offering a wide range of dishes.

“I like to experiment a lot with recipes. I would take like 10 recipes and combine and make one thing, and, you know, put a signature style to it. I plant my own herbs. I plant cilantro, rosemary, thyme, basil, mint, and try to use at lot of that in my daily cooking.”

From time to time, Oasis would have guest chefs from across the world sharing their country’s dishes, and Nisa also uses that as a learning moment to prepare those dishes. This week, they are expecting a Mexican couple who will show Nisa and her team how to prepare Mexican mole. Over the years, she learned to make hummus from an Israeli, flan from a Cuban, and ceviche from a Peruvian.

These 16 years have been anything but a walk in the park for Nisa and her team.

When the COVID-19 pandemic came, they were affected by the measure, and in May 2021, Nisa contracted the virus. She had real trouble breathing, and was on oxygen support for almost two months; so now she is grateful for every breath she takes.

“In my absence, my staff here took care of everything, and for that I must thank them, because they kept the standard and kept Oasis Cafe going.”

She is grateful too for all the customers who wished her well and continue to be a part of what is truly a community.

Nisa and the team at Oasis celebrated their 16th year with her famous “Bobby’s Chocolate Cake” – the cake that is her daughter’s favourite and a hit since being placed on the menu.