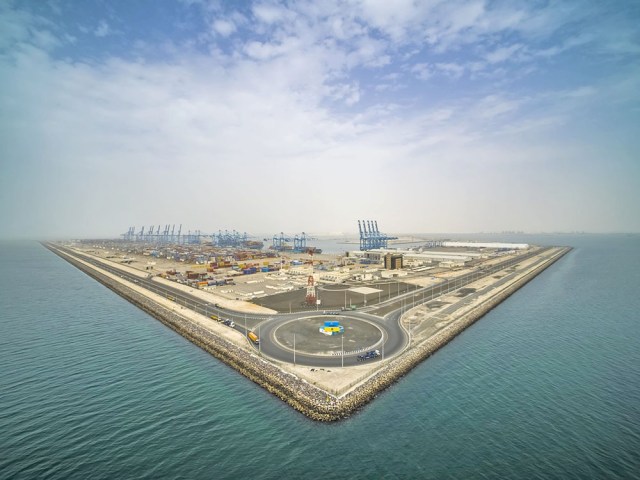 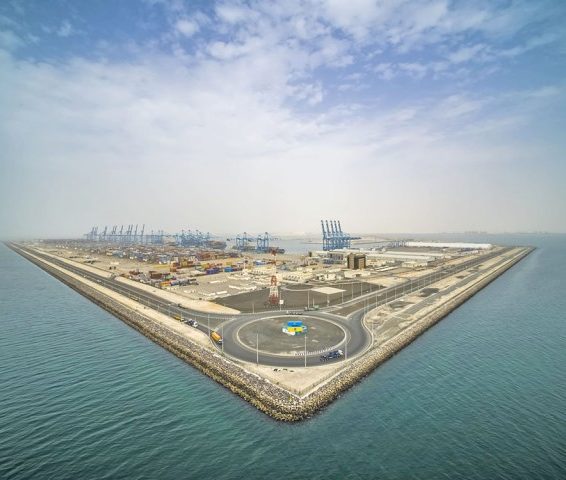 Abu Dhabi Ports, a United Arab Emirates-based company that deals in industrial zones and logistics, has shown keen interest in the establishment of a world-class deepwater harbour facility in Guyana.

This was revealed by President Dr Irfaan Ali during a press conference on Friday. The company has already sent technical teams in Guyana to work on and look at the possibility of developing a deep-water harbour link to Brazil. This was done in mid-September, and the team had engaged a high-level Government delegation led by President Ali while it was here.

According to the Head of State, during his recent visit to Dubai earlier this month, he had met with officials from Abu Dhabi Ports, which own Khalifa Port, during which they had extensive and in-depth discussions on the possibility of erecting this facility.

“The interest is great in this project, and in two to three weeks, they will have a second team coming with a follow-up on the evaluation. And they are looking at a modern, state-of-the-art port facility operated with cutting-edge technology, focusing on efficiency, safety and security,” the President noted.

He further told reporters that the UAE-based company has already commenced studies to come up with a technical evaluation as well as a financial evaluation for the project.

“Their initial assessment is one of great optimism. That’s how they described it. They believe that this is a project that can happen; that is a project that is viable. They are now working on the nitty-gritty, the finer details in terms of this project,” the Head of State indicated.

President Ali further explained that while this will be a Private Sector investment, it will see the involvement of Guyana’s immediate neighbours Brazil and Suriname, and even French Guiana, since the project would be across borders.

“We have started discussions with Brazil and Suriname. All three countries are strongly committed to this project. Brazil has already reinforced their commitment because, as you know, the deep-water harbour is important in terms of their own efficiency, capability. It affects their costs of doing business for them very positively.”

He added, “To further discuss the regional integration across borders, we’re already scheduled to have a strategic meeting between Guyana, Brazil, Suriname and French Guiana early in the new year. But this will be primarily Private Sector-driven.”

Meanwhile, during President Ali’s meeting in Dubai with officials from Abu Dhabi Ports, the company’s Chief Executive Officer, Mohamed Juma Al Shamisi, who is also the owner, operator, developer and regulator of Abu Dhabi’s maritime infrastructure and Khalifa Industrial Zone (KIZAD), had said they are very serious about investing in Guyana.

“We are serious about Guyana, and I promise you we passed the time of thinking, now we are in the implementation stage. So what you will see today is the capability of Abu Dhabi Ports,” Al Shamisi said to the Guyanese Leader following a tour of Abu Dhabi Ports’ ultra-modern temperature-controlled vaccine storage warehouse facility.

President Ali had emphasised to the group that his Government is willing to facilitate the project by creating incentives and by ensuring that investments made are feasible for all parties involved.

“We are ready to work with you on having that deep-water port ready for not only Guyana, but for the region. And for the most important strategic positioning for the UAE in South America, the Caribbean, in Latin America. I think we could just think about it as an upscaled Panama [Canal] development,” the Head of State told the officials.

Moreover, the President had indicated at the time that Guyana wants to build a strong partnership with Abu Dhabi Ports to create a new logistics hub for the United Arab Emirates that will connect business opportunities in South America, Central America, the Caribbean, North America and West Africa.

“We want to be in strong partnerships with Abu Dhabi Ports, seriously connected to opportunities in Brazil in the oil and gas sector, and creating a new logistics hub for the UAE in Guyana.”

Guyana’s contingent to Dubai had featured a large delegation from the local Private Sector on “a very serious mission” in the UAE to drive meaningful discussions and to make impactful decisions.