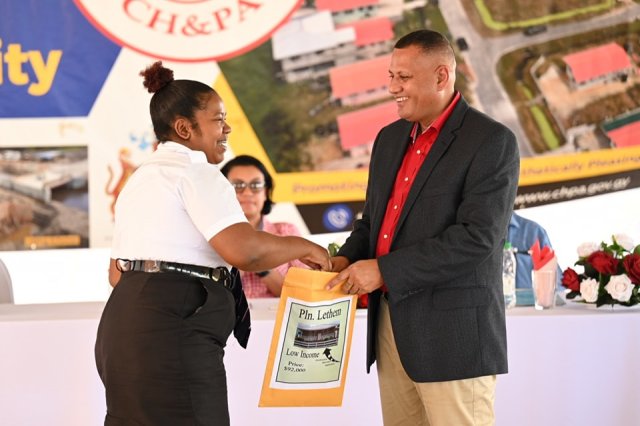 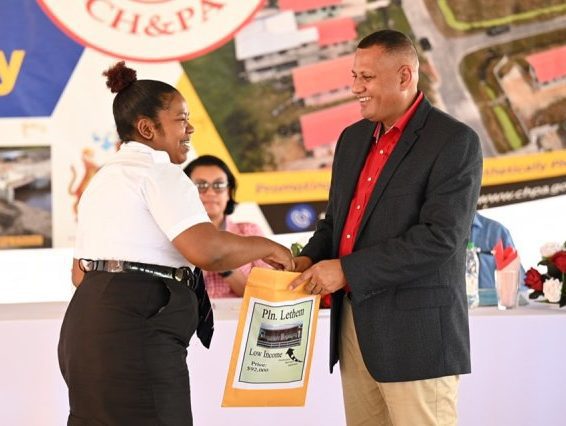 Scores of residents have turned out as the Ministry of Housing and Water’s Central Housing and Planning Authority hosted its second ‘Dream Realised’ Housing Drive at the regional office in Lethem, Region Nine.

The Lethem Housing Support Programme, which was announced last month by President Dr Mohamed Irfaan Ali, was also launched at the event.

By the end of the day, the Ministry expects to allocate some 200 house lots to residents. A number of Land Titles will also be distributed throughout the day.

Through the Lethem Housing Support Programme, hundreds of persons will be able to pre-qualify with banking institutions on the spot.

The agency will be constructing a $3 million low-income home and providing $1 million in support to each beneficiary for the building costs.

Moreover, the Ministry will be partnering with the New Building Society and the Guyana Bank for Trade and Industry, as they will be offering loans to the tune of $2 million, at a rate of 3.5% to persons interested in the initiative. Approximately six hundred land allottees in the region will benefit.

With support provided by the government, the allottees will not be required to provide collateral to the banks. The homes will be built using labour force and materials from the region.