Farmers from Region Two will soon benefit from improved drainage facilities after several contracts were signed that will see the mouth of the Pomeroon River being dredged and farmlands along the Pomeroon River and Supenaam Creek being empoldered.

During a contract signing exercise on Tuesday in the Ministry of Agriculture’s boardroom, the National Drainage and Irrigation Authority (NDIA) signed a $569,300,000 contract with Gaico Construction and General Services Inc for the dredging of the mouth of the Pomeroon River and several other contracts with A&S General Store, Adamantium Holdings, Arabzee Trading, and S&J Services and Supplies to empolder farmlands in the lower and upper Pomeroon and Supenaam Creek areas totaling close to $186 million.

For years farmers from villages along the Pomeroon River have been affected by inadequate drainage due to extreme siltation at the mouth of the river. Once completed, it is expected that farmers will be able to benefit from better drainage on their farms and vessels will have better access to the river during both the low and high tides.

While offering remarks at the signing, Agriculture Minister Zulfikar Mustapha said that the contracts were being signed to make way for critical works and infrastructure that the government is putting in place to improve the lives of farmers across the country.

“All of the contracts being signed are for works that are necessary to enhance our agriculture sector. The dredging of the Pomeroon River mouth is a major project. You know the Pomeroon is very prone to flooding. When those works are done, coupled with the continued block-drainage programme that continues this year, flooding in this area will be mitigated,” the Minister noted.

Last December and again in February this year, farmers from several farming communities along the Pomeroon River were severely affected by flooding as a result of extensive rainfall, compounded by the overtopping of the Pomeroon River. This resulted in farmers who were just beginning to return to the land following last year’s floods that wiped out close to 90% of the country’s agriculture sector, suffering tremendous losses once more.

Minister Mustapha further noted that the ministry was also looking to have similar works done on the three main rivers in Region Five, namely the Mahaicony, Mahaica, and Abary Rivers. These works, he added, should commence sometime this year.

The Minister explained that with MMA being the largest rice-growing area in the country, it was critical for the scheme to have an efficient drainage and irrigation system in place. 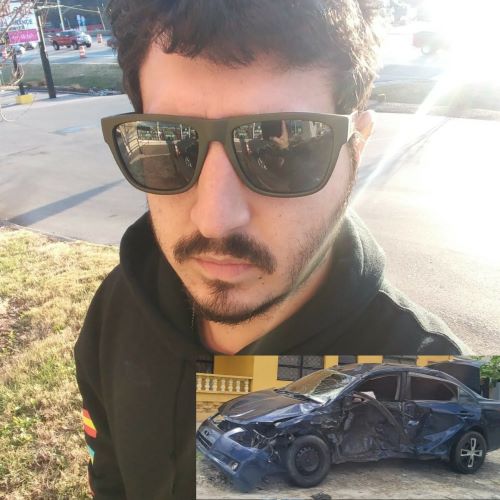 27-Y-O killed, another critical after their vehicle was hit by drunk driver

The Mahaica Mahaicony Abary–Agriculture Development Authority (MMA–ADA) also signed contracts for the rehabilitation of its seed processing facility as well as the supply and delivery of two super long reach hydraulic excavators and one tractor amounting to $115,063,642.

The Guyana Sugar Corporation (GuySuCo) also signed contracts amounting to $196,638,923 for the supply and delivery of a number of critical equipment, including two complete sets of land leveling equipment for the Albion Estate. These equipment are expected to contribute to the estate’s modification in which 50% of lands are earmarked to be converted over a four-year period. The equipment will comprise a scraper box that is attached to the tractor along with a laser leveling device to grade/level the cane fields. The primary objectives of these machines are to create layouts that will favor mechanical harvesting and to improve the current harvesting capacity of the Estate.

The New Guyana Marketing Corporation (New GMC), the Fisheries Department, and the National Agriculture Research and Extension Institute (NAREI) also signed contracts for the supply and delivery of critical equipment and the execution of several key infrastructural and rehabilitation works across the country.