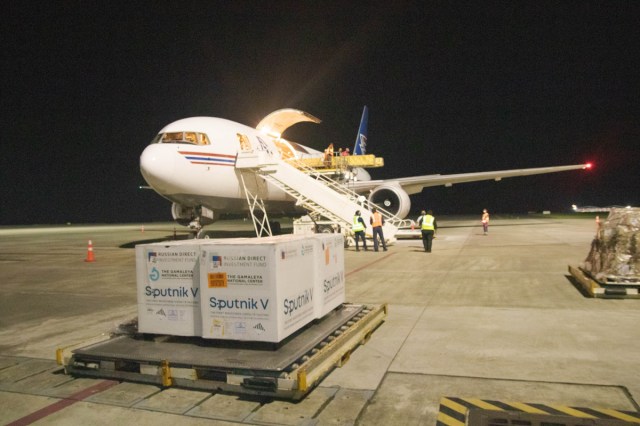 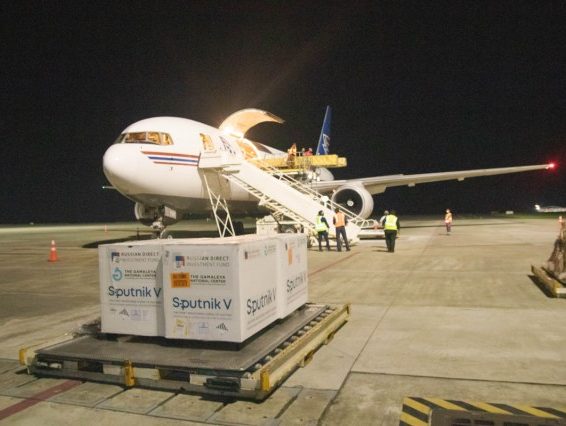 The Guyana Government last evening received some 50,000 doses of the second dose Sputnik V vaccine which arrived at the Cheddi Jagan International Airport (CJIA) on the Amerijet Aircraft.

Some 80,000 persons have been waiting to receive their second dose of the vaccine, which are in limited supply globally.

At a press conference on Friday, President Dr Irfaan Ali had informed that the jabs would arrive soon and assured that the government was making every effort to ensure the population is fully immunised against the virus.

“From the inception, dealing with vaccination and the pandemic, we have tried to get any vaccines. You name the vaccine, we tried. We have been engaging the suppliers. We have been engaging Russia to ensure that we have a steady supply. As of now, by what was told to us, in the next five to six days we’re expecting a shipment from the suppliers,” he told media operatives.

“Every night, we are on the phone directly dealing with this, talking to the Ambassador of Russia, talking to Russia directly, talking to every stakeholder who can assist in this. That is an important part of our agenda. Within the next seven days, we expect to have a shipment of the component two of Sputnik vaccines,” Dr Ali had pointed out.