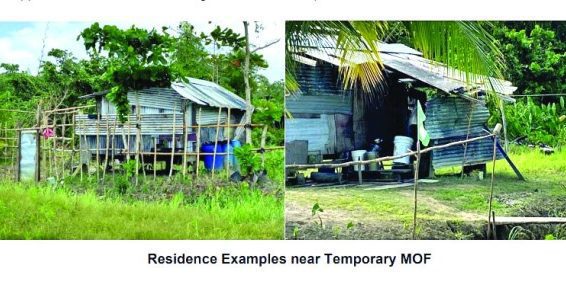 5 dwellings may be relocated for gas-to-shore project

The recently published Environmental Impact Assessment (EIA) on the much-touted gas-to-shore project that was submitted for approval will see some five residential/dwelling properties having to be relocated.

This is according to the document. The project – both offshore and onshore components – will have a range of potential impacts on the physical, biological (marine, freshwater, and terrestrial), and socioeconomic environment but these impacts have been mostly classified within the “minor” and “negligible” margins, that is, not likely to have any adverse effects.

However, the EIA report did highlight that there could be potential displacement and relocation as a result of the gas-to-shore project which would have direct impact on lives.

The offshore pipeline is approximately 220 kilometres of a subsea pipeline that will run from the Destiny and Unity Floating, Production, Storage and Offloading (FPSO) vessels in the Stabroek Block. Upon landing on the West Coast Demerara shore, the pipeline will continue approximately 25 kilometres to a natural gas liquids processing plant (NGL Plant) at Wales, West Bank Demerara. The pipeline is expected to transport some 50 million standard cubic feet per day (mscfpd) of dry gas to the NGL Plant.

It was noted in the assessment, which was done by ExxonMobil’s local affiliate – Esso Exploration and Production Guyana Limited (EEPGL) – that the Guyana Government is responsible for any project-related land acquisition. But the United States oil giant has reassured of working along with Government in addressing this issue.

“Based on observations it is evident that household structures in this area range from corrugated metal buildings to more established structures that appear to be constructed of concrete and timber. A limited number of non-residential outbuildings are also present… The displacement and relocation of these persons – and the loss of any assets or improvements associated with their use of the land in this area – is recognised as a project impact. Although relocation would be a one-time event, the expected consequence will be significant for the affected households, who are expected to lack formal land tenure and display a high degree of vulnerability.”

“EEPGL will support the Government of Guyana to develop and implement a Resettlement and Livelihood Restoration Strategy aligned with international standards; on the basis of this mitigation, the residual impact is considered to be of Moderate significance.”

Moreover, the EIA further outlined that in addition to physical relocation, this project would also have minor impact on land ownership and/or tenure during the construction and operations stages. This could see a change in the nature of land ownership or tenure for all or part of a property, parcel, or land use area.

Specifically, a 12.2-metre-wide permanent right-of-way (RoW) will be established for the operation and maintenance of the onshore pipeline. The land that will be used for this permanent RoW will be restricted, therefore, growing crops or construction of any structures will not be permitted there.

“The legal formation of the RoW may result in changes to existing private property boundaries and/or the details of licences, leases, permits, or other tenures related to the use of affected public lands. The RoW crosses populated areas in the vicinities of Crane, Canal 1, and Canal 2… Although the RoW will be minimal in width and largely aligned with the existing canals and drainage channels, in the absence of specific information about private properties or other land tenures, this assessment considers that the impact on land ownership and/or tenure will be of Minor significance during the Construction and Operations stages.”

Despite these resettlement issues, the EIA stated that the current pipeline route was the closest one, amongst the various alternatives considered, to the NGL site and this would require the least existing road improvements as well as the least environmental impact. 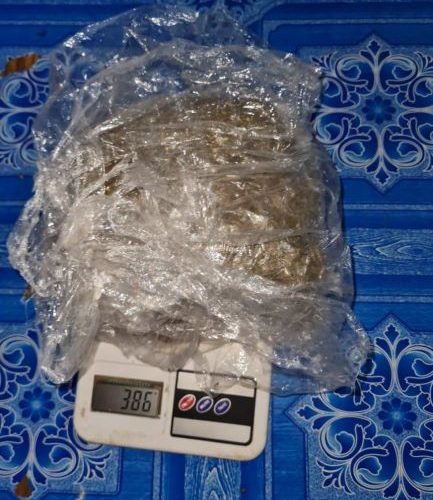 Last week, ExxonMobil – through EEPGL – submitted the EIA report to the Environmental Protection Agency (EPA), seeking its approval for the gas-to-shore project in which the US oil major is injecting some US$1.3 billion and wants to see the inclusion of women in the construction of the facility.

The gas-to-shore project includes the construction and operation of the pipeline from the Exxon-operated Stabroek Block offshore Guyana to the onshore NGL Plant. A second component of the project will be a power plant that will be constructed by the Guyana Government and will use the rich gas produced to generate electricity to feed into the national grid thus potentially lowering costs and improving power efficiency in the country.

The purpose of the EIA is to provide the factual and technical basis required by the EPA to make an informed decision on EEPGL’s Application for Environmental Authorisation for the Project.

Following the receipt of the EIA earlier this week, the EPA has since given a 60-day timeline for the public to make submissions on the project.

When the EPA grants the Environmental Authorisation to EEPGL and its co-venturers in the Stabroek Block – Hess Guyana Exploration Limited and CNOOC Petroleum Guyana Limited – construction is likely to commence soon after receiving all other approvals. In fact, the oil company is targeting August this year to start the preparation of the NGL Plant site. The entire construction process will take some three years hence rich gas is expected to be delivered onshore by the end of 2024, and the NGL Plant to be operational by mid-2025.