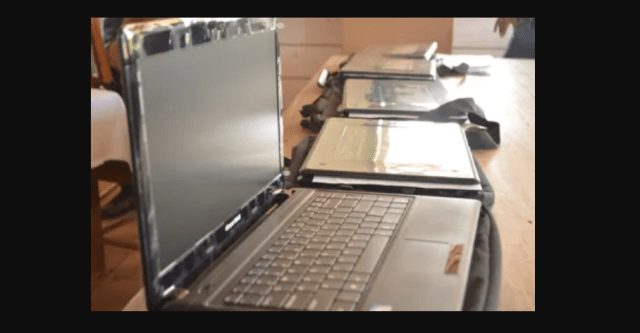 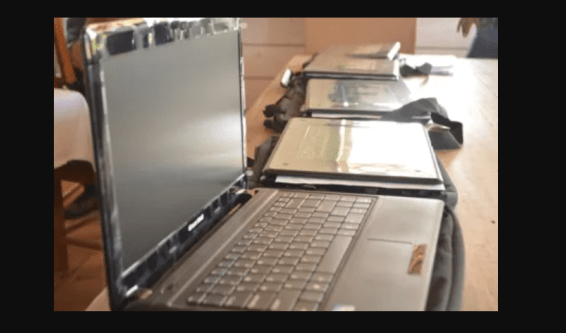 Some $495M worth of laptops received by the State in 2016 under the APNU+AFC Administration have been damaged and to date, no compensation has been provided.

The revelation was made today during the Public Accounts Committee (PAC).

Some $1.6B was spent to procure 9,609 laptops to distribute to teachers across the country under an initiative of the past administration.

However, upon receipt, it was discovered that some 2,959 devices were damaged.

When asked today what steps have been taken or are being taken to recover the millions lost, Permanent Secretary of the then Ministry of Public Telecommunications Derrick Cummings could not provide any satisfactory answers – a posture which did not sit well with Opposition Member Ganesh Mahipaul.

“In 2018, the Ministry’s response to this very matter that reoccurred, the Head of budget agency acknowledged this finding. So, I don’t know what really is going on, that one year you’re acknowledging the finding, another year you’re saying the problem is with another Ministry. And then you have in 2017, there is no response from the Ministry,” Mahipaul contended.

“It was just documented as a prior year issue not resolved… 2016 it’s the same. So, there is no sequence of this issue and us seeing an attempt to correct what is wrong. And I would not want to say it seems as though we don’t care about government money,” Mahipaul added.

Ultimately, the Permanent Secretary was directed to provide responses to the unanswered questions that were posed to him, as well as the contract the government signed with the supplier of the laptops, by next week.

Additionally, PAC Chairman Jermaine Figueira floated the possibility of inviting the Permanent Secretary of the Office of the President, in this case Abena Moore, to provide clarity on these issues.

The laptops in question were brought in as part of the One Laptop Per Teacher, which was reformulated from the original One Laptop Per Family (OLPF) project the former People’s Progressive Party government started.