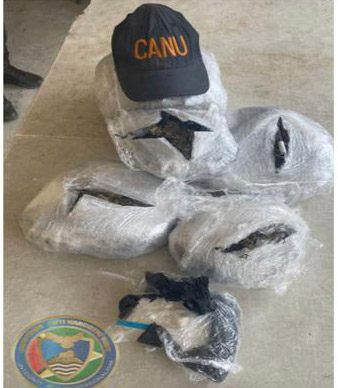 The Custom Anti-Narcotics Unit on Friday intercepted a vehicle with a quantity of cocaine and cannabis at Providence, East bank Demerara.

CANU in a release stated that on the day in questions, ranks acting on information received from a citizen intercepted the vehicle containing 522 grams of cocaine and 5.866 kilograms of ganja.

The estimated street value of the cocaine is $1.5million while the estimated value for the narcotics is pegged at $3 million.

The illegal substance was found hidden among cargo that was being transported at the time.
Following the operation, two persons were arrested as investigations continue.

Guyana has received over 300,000 doses of vaccines to date from COVAX

This latest bust is an indication of the continued effort to put a dent in the drug trade by the drug enforcement unit.