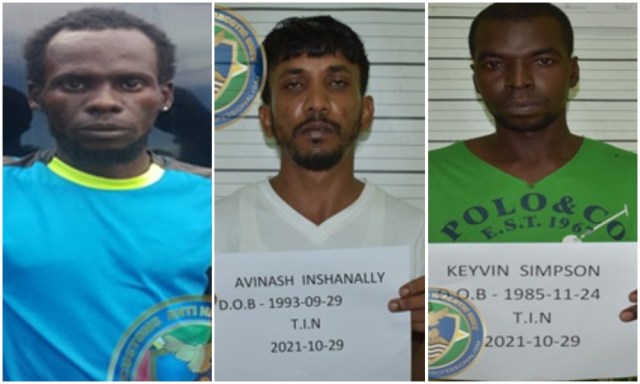 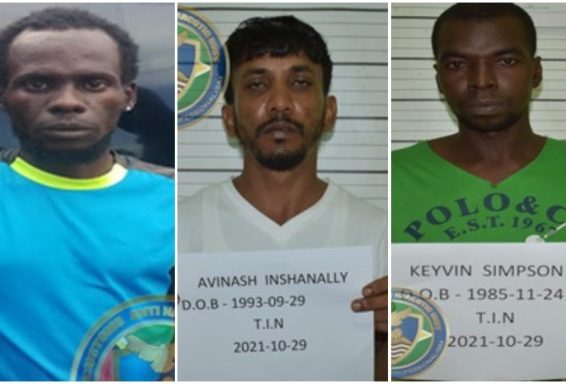 Ranks of the Customs Anti-Narcotics Unit (CANU) on Friday arrested three persons after they were found in possession of more than 90 grams of marijuana during separate operations.

In the first instance, CANU officers conducted an operation in Campbell Avenue, Campbellville, Georgetown where they observed a male acting suspiciously in a yard.

A search was conducted on the individual, which lead to the discovery of a quantity of zip lock bags containing cannabis amounting to 46.3 grams.

The narcotics found on the suspect in Campbellville

The narcotics found on the two suspects in Diamond

Avinash Inshanally called Victor, a 29-year-old welder of Lot 405 Diamond Housing scheme, and Kevin Simpson, a 35-year-old vendor of 8th Avenue Diamond, were discovered with a total of 47.9 grams of cannabis in their possession.

They were arrested and escorted to CANU HQ. Investigations are ongoing.