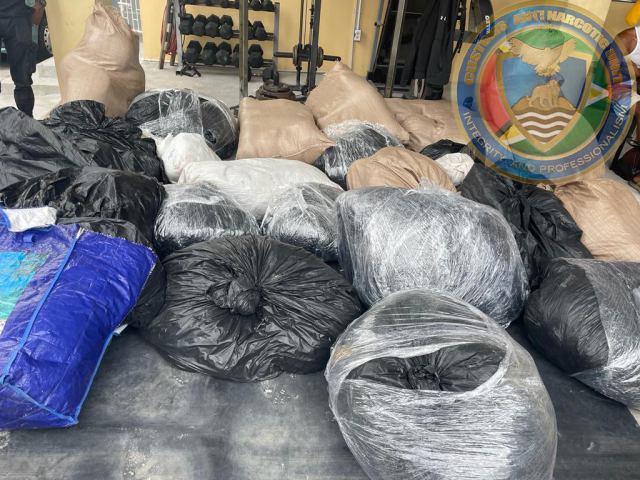 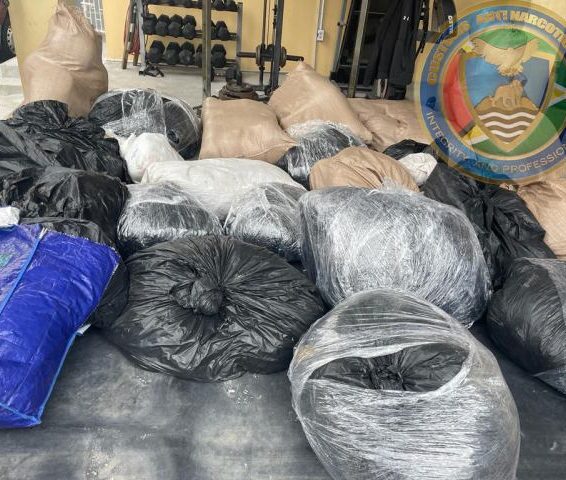 3 busted with $79M in ganja in Berbice River

Three men were arrested by agents of the Customs Anti-Narcotics Unit (CANU) on Saturday following the discovery of 717 kilograms of cannabis at De Veldt along the Upper Berbice River.

Based on reports received, on the day in question a special operations team attached to CANU along with officers from the Guyana Defence Force Coast Guard conducted a joint operation at De Veldt along the Upper Berbice River.

During the operation, the officers searched a building that was occupied by several individuals including minors. During the search, several parcels of cannabis were found, which, when weighed, amounted to 717 kilograms or 1580lbs.

As such, Massiah Durant, 52; Shawn Lindie Snr, 44; and Shawn Lindie Jnr, 29, were arrested and escorted to CANU Headquarters where they are being interrogated. 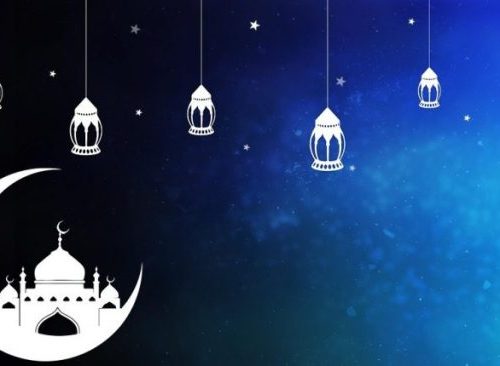 The $79 million worth of ganja, from all indications, was being packaged for transhipment to another territory.

CANU thanked the Joint Services for its continued support, especially when it comes to maritime operations.