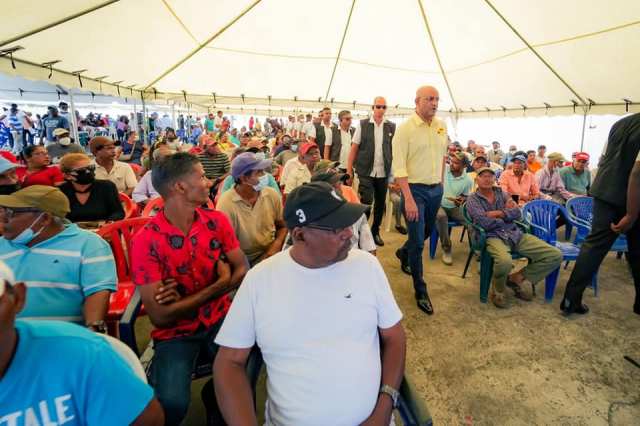 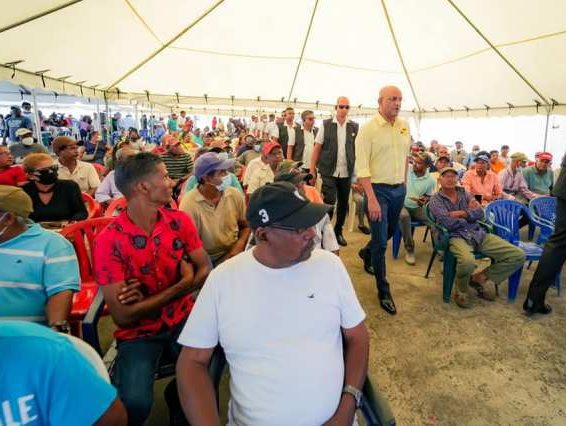 Vice President Dr Bharrat Jagdeo today announced that farmers in Region Two will be receiving $250 million for the purchase of fertiliser.

The funds will come from the $1 billion set aside by the government for the purchase of fertiliser for free distribution among farmers across the country.

The Vice President met with the farmers at the Rice Producers Association bond, Anna Regina.

Dr. Jagdeo said the farmers will then decide, along with the regional authorities where the fertiliser would be purchased and how it will be distributed.

In fact, it was announced that farmers from the respective Neighbourhood Democratic Councils (NDCs), regional officials and the Water Producers’ Association will form a 20-member group that will ensure the equitable distribution of fertiliser in in the region.

“So you will get $250 million, this group and then you will have to decide where you can get the fertiliser, the cheapest, who would supply it and how it will be distributed and to whom and how much they will get, each person will get,” the VP explained to the farmers.

The government’s move to provide fertiliser to the farmers follows meetings in the regions by the Vice President, where farmers raised the concern.

Dr. Jagdeo said this in keeping with his promise to assist and it will greatly offset the cost for the farmers.

He explained that the $1billion was prorated and respective regions will receive the funds based on their production output.

VP Jagdeo also expressed hope that following discussions, the group of farmers selected from the various Neighborhood Democratic Councils and the Water Users’ Association would distribute the fertiliser equitably, with focus on the small farmers. 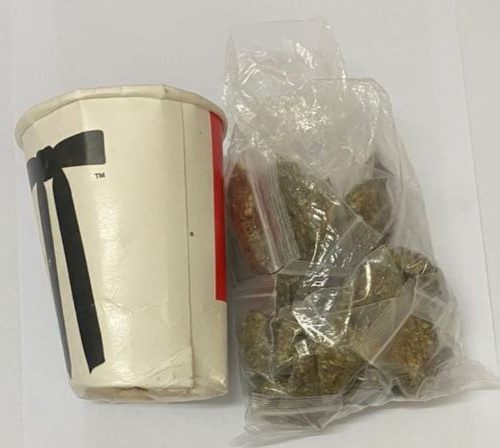 Teenager in custody after cops find ganja in KFC cup

President Dr. Mohamed Irfaan Ali, in a recent address to the nation announced several measures aimed at cushioning the effects of the rising cost of living, among the measures, the purchase of the fertiliser, as well as $25,000 cash grants for households in riverain and hinterland communities.

Support is being provided to these two groups since they were severely affected by the cost of living increases, which resulted from global effects of the COVID-19 pandemic and the Ukraine-Russia war.

Meanwhile, the Vice President said once farmers can provide proof of their losses, government is willing to further assist with the purchase of seed paddy, among other interventions.

Dr. Jagdeo also addressed several other concerns raised by farmers at the meeting. [Extracted and Modified from DPI]