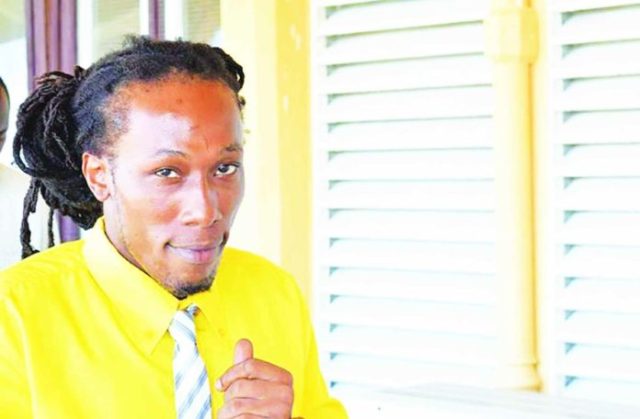 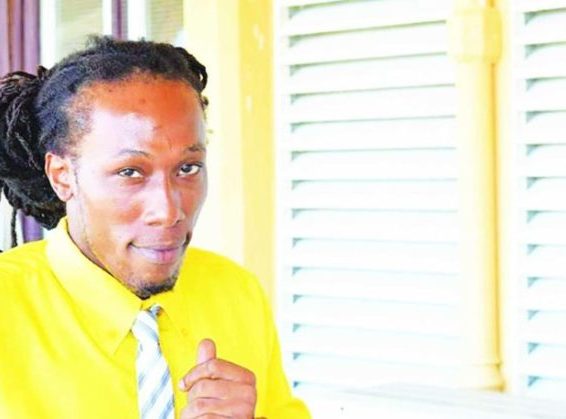 The use of capital punishment in Guyana is reserved for certain categories of murder, including the killing of members of the Disciplined Forces in the line of duty. High Court Judge Sandil Kissoon, on Thursday, sentenced 33-year-old Mark Royden Williams to suffer death by hanging for the January 23, 2008 murder of Guyana Defence Force (GDF) Corporal Ivor Williams.

Back in July, the father of three of Friendship, East Coast Demerara (ECD), was found guilty by a 12-member jury of fatally shooting the soldier, who was acting in the execution of his duties.

Mark Williams, called “Smallie”, who is currently on death row for murdering eight persons during the 2008 Bartica, Region Seven (Cuyuni-Mazaruni) Massacre, and who appeared in court virtually on Thursday, sat expressionless as a ninth death sentence was imposed on him at the Demerara High Court. Corporal Williams, 24, a father of one, was shot dead by the members of the notorious Rondell “Fineman” Rawlins gang while he and other soldiers were carrying out a military operation in Buxton and neighbouring ECD communities.“I salute this young hero”

The Judge, in his sentencing remarks, condemned the senseless murder of Corporal Williams, describing it as a “shocking, brutal, horrific, violent and premeditated crime”.

This crime, he highlighted, was designed and calculated to entrap, ambush, and “murder in mass” members of the Disciplined Forces acting in the lawful execution of their duties to preserve and maintain calm in Buxton and neighbouring communities during the bloody crime wave.

Alluding to the fact that Mark Williams and his accomplices were on a killing spree, not only in Buxton but in other communities across the country, the Judge said that the gangsters set out to murder Disciplined Forces members for no reason, other than the fact that they swore to uphold the rule of law and the Constitution of Guyana.

“I salute this young hero, Corporal Ivor Williams,” Justice Kissoon said, adding that the soldier stayed true to his oath, even when his life was under grave threat by the criminal gang’s attack on his patrol vehicle which came under rapid fire from machine guns.

Given Mark Williams’s previous convictions for mass killings, the Judge noted that he has chosen a “path of violent criminal existence”—one which he has pursued with much “enthusiasm”.

According to the High Court Judge, extreme violence was unleashed by the criminal gang on the night of Corporal Williams’s death. He pointed out that there were “absolutely no mitigating factors”. In light of the exceptional seriousness of the crime and the convict’s “reprehensible” conduct, Justice Kissoon saw it fitting to impose the death penalty on him.

Through a victim impact statement, the dead soldier’s grandmother said that she missed him and that she was proud when he chose to enlist in the military to serve his country.She related that she had cared for her grandson from infancy to adulthood, fondly recalling that he had a habit of “spoiling her” with treats and other items whenever he came home.The elderly woman expressed that she would like her grandson’s killer to know that she has forgiven him, since he, too, was a young man, and she had no ill feelings towards him.At the time of his death, Corporal Williams had a young daughter.

Meanwhile, a serving GDF Sergeant, who was also part of the military operation, shared that the night of Corporal Williams’s death would “always be a nightmare to me”. A Lance Corporal at the time, the Sergeant said that his colleague’s death was a “great loss for us”, adding that even though he wanted to leave the profession after the attack, he stayed in honour of the late Corporal’s memory.

Residents of Mark Williams’s community labelled him as a quiet and respectable young man. Via interviews with a probation officer, they said that Mark Williams and other youths of the community were targeted by criminal gangs during the crime wave to take part in unlawful acts.

According to the residents, had it not been for the criminals that “hijacked” their community, the convicted killer and other young men could have had a different life experience.

Mark Williams’s lawyer, Nigel Hughes beseeched the Judge for leniency, submitting that his client was “deserving” of being placed in a position where hope for the future was available to him.

Hinting at an appeal of his client’s conviction for the soldier’s murder, the lawyer added that Mark Williams continued to maintain his innocence because of his strong belief that he was not a party to the plan to murder the soldier. The defence counsel also asked Justice Kissoon, in passing sentence, to give the statements of forgiveness by the soldier’s close relatives “due weight and consideration”.

For their part, State Counsel Muntaz Ali and State Counsel Taneisha Saygon, who prosecuted the matter, had submitted aggravating and other factors they wanted the court to consider ahead of the sentencing hearing, and only asked, on Thursday, for the maximum punishment to be imposed.

While leading his defence, Mark Williams, who elected to give unsworn testimony, had adamantly denied fatally shooting the soldier, claiming that “[investigators] got the wrong man”. 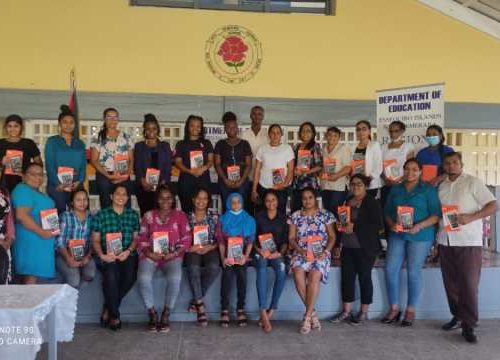 In his social report, he professed his innocence and expressed no remorse for the crime for which he was found unanimously guilty by a jury of his peers.

In 2017, Mark Williams and Dennis “Anaconda” Williams were sentenced to death by hanging for their involvement in the 2008 Bartica Massacre, which left 12 persons, including three Policemen, dead. The jury found them guilty of eight and seven of the 12 counts of murder, respectively. In relation to the remaining killings, they were found guilty of the lesser count of manslaughter, as it was proven that it was the gang leader, Rawlins who had murdered five of the murdered dozen.

On February 17, 2008, gunmen carried out a brazen attack on the community of Bartica while members of the mining community were watching a game of 20/20 cricket on television. On that fateful night, Police Lance Corporal Zaheer Zakir and Constables Shane Fredericks and Ron Osborne were fatally shot. Edwin Gilkes, Dexter Adrian, Irving Ferreira, Deonarine Singh, Ronald Gomes, Ashraf Khan, Abdool Yasseen, Errol Thomas, and Baldeo Singh were the civilians killed.

Then, in 2021, Mark Williams was found not guilty by a jury of the December 16, 2007 murders of 35-year-old Rajesh Singh and 25-year-old Fazal Hakim, at Triumph, ECD.Another man, Michael Caesar, called “Capone”, was sentenced to 13 years in prison after pleading guilty to the lesser count of manslaughter for the deaths of Singh and Hakim.In February 2019, Mark Williams and Sherwin Nero, called “Catty” or “Pussy”, were both found not guilty of the murder of businessman Kumar Singh, which occurred on August 30, 2007.

Singh, 51, also known as “Mango Man”, of Cove and John, ECD, was shot and killed by bandits.

In May 2013, Mark Williams and another man, James Hyles, called “Sally”, were found not guilty of murdering 11 persons, including children, in the January 2008 Lusignan, ECD Massacre.

Following the men’s discharge, the State appealed their acquittals to the Court of Appeal of Guyana, arguing, among other things, that several material irregularities had rendered the not-guilty verdicts unsafe and unsatisfactory.

The appellate court unanimously allowed the State’s appeal, thereby remitting the matter to the High Court for a new trial. But Mark Williams and Hyles appealed that ruling to the Caribbean Court of Justice (CCJ), which, in May 2018, restored their acquittals.In 2017, Mark Williams was among the high-profile prisoners who escaped after a fire gutted the Camp Street Prison in Georgetown. He was, however, apprehended weeks later by Police ranks while he was on a public minibus on the Weldaad Public Road, West Coast Berbice (WCB).