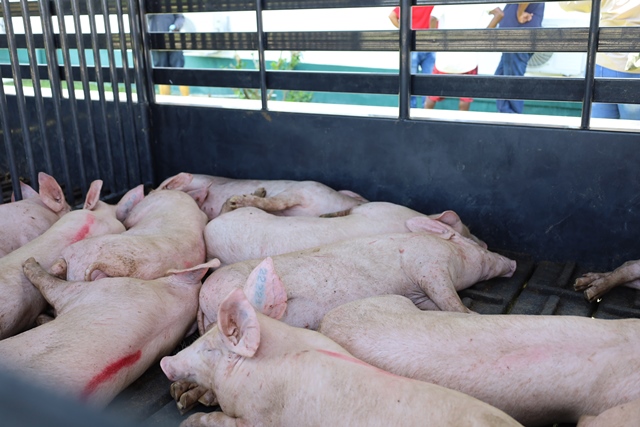 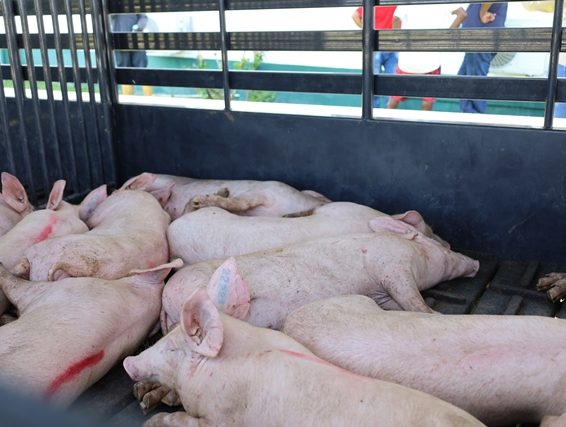 2 weeks ago·2 min read
ShareTweetPinShare
Home
Local News
20 new swine farmers benefit from improved breeds to boost production
The content originally appeared on: INews Guyana
Some of pigs that were handed over to farmers

As part of the government’s continued efforts to ensure food security, the Ministry of Agriculture through its Guyana Livestock Development Authority (GLDA) and the Agriculture Sector Development Unit (ASDU) on Thursday handed over a number of improved breeds of pigs to new and established swine farmers.

A total of 20 pigs (17 females, 3 males) were handed over to the farmers to assist them with improving their stock and boosting the country’s overall pork production levels. These farmers will also be required to assist other swine farmers once their pigs mature and begin to reproduce.

“Today’s activity is not only about giving these farmers improved breeds of swine to boost their production. This activity will contribute to the bigger picture of achieving food security, reducing CARICOM’s food import bill, and accomplishing the goals and programmes of the government,” he said.

“Today, in our country and around the world, we are seeing that our food production and food security are taking precedence. Taking note of what took place over the last two years as a result of the global pandemic, many countries, though having financial resources, were unable to purchase food because of the restrictions. Guyana, on the other hand, produces most of the food we are consuming. As a government, we want to do more. We want to produce more food for local consumption and export. This is why we continue to make budgetary allocations in various sectors, especially in the agriculture sector. If the agriculture sector is successful, we’ll have food security,” Minister Mustapha said.

Minister Mustapha also alluded to the fact that, for the first half of 2022, the livestock sector has grown. This, he added, was testimony to the government’s commitment and unwavering support towards the development of the livestock industry and agriculture as a whole. The Minister further stated that the ministry is now seeing an increase in demand for pig breeding stocks in regions that were not considered pig-producing regions. 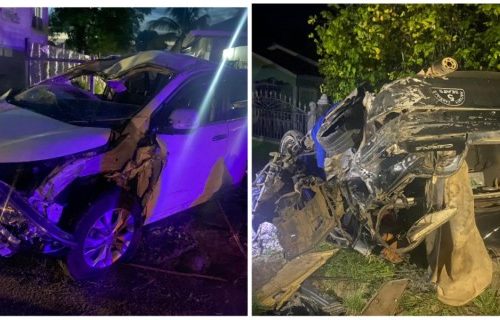 Chairman of GLDA’s Board of Directors and MoA Director General, Madanlall Ramraj said the GLDA is well on its way to achieving its 2022 swine production target.

“We have a target of 4,200 sows to be produced by the end of 2022. To date, we are over 3,000 and we hope, long before the end of the year, to meet and surpass that target. Along with other areas in the livestock industry, we’ve set other targets. As a Board, we measure our performance. We assess where we were before and continue to measure our production on a monthly basis. As it stands, we have over 11,000 in our flock of swine in Region Nine and over 36,000 heads of cattle. We still haven’t covered all of the areas in that region. So, whether it is on the Coast or the hinterland, we’ll continue to work to enhance the livestock sector,” Mr. Ramraj said.

Last March, 10 farmers benefitted from a similar exercise also intended to assist them with improving their breeding stock. During that event, GLDA’s CEO (ag) Dr. Dwight Waldron said that the animals were being made available through the Guyana Livestock Development Authority’s 2022 swine improvement programme. The pilot programme he noted, formed part of a $1.8 million investment by the government, and will see the GLDA collaborating with farmers to improve the swine sector’s breeding and meat production capacities.