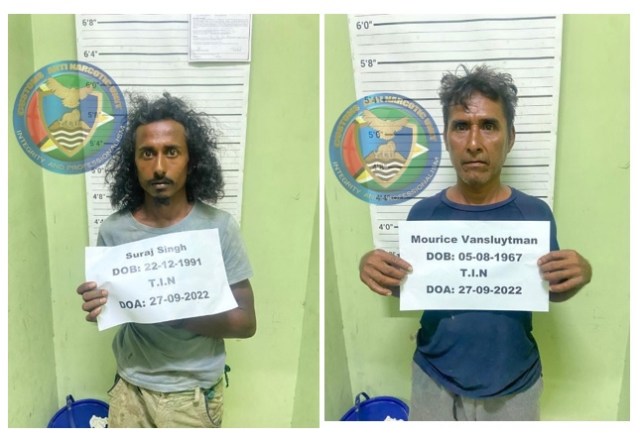 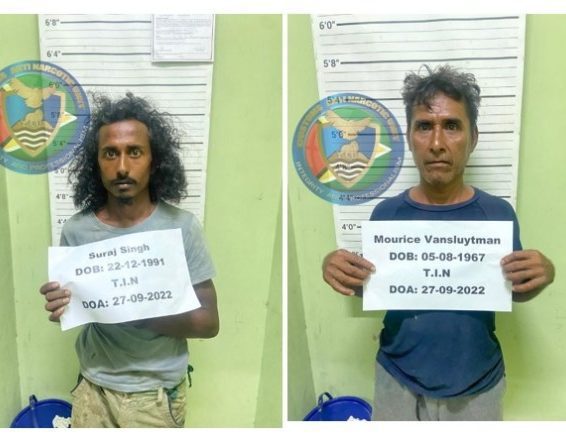 Ranks of the Customs Anti-Narcotics Unit (CANU) on Tuesday arrested two males after a quantity of marijuana and a firearm were found in a speed boat they were travelling in along the Manarabisi Canal, Region Six (East Berbice-Corentyne).

CANU said its officers intercepted the vessel, which two adult males and a minor occupied.

A subsequent search of the boat was conducted in the presence of the occupants, which led to the discovery of several parcels of suspected narcotics and one shotgun with 16 live cartridges.

The narcotics and firearm found in the suspects’ boat

The two adult suspects – Suraj Singh, 30, lot 69 Section B, No.72 Village, Corentyne, and Mourice Vansluytman, 55, of lot 18 Section A, No.70 Village, Corentyne – were arrested and escorted to CANU headquarters along with the suspected narcotics and shotgun with ammunition.

The narcotics tested positive for cannabis and had a total weight of 126 kg (277.7 lbs). 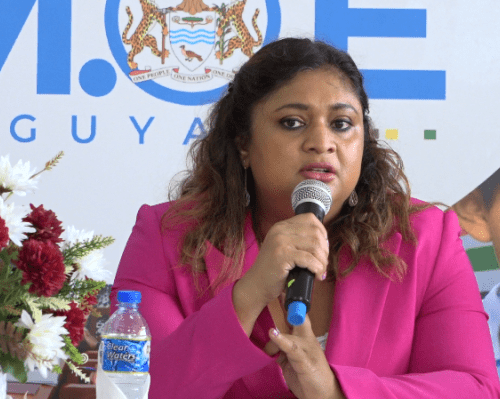 According to CANU, this operation is part of its efforts to reduce the flow of narcotics being trafficked out of the Berbice river district to Suriname. The officers carried out surveillance activities in several main drainage canals in the Corentyne district, which lasted for a period of two days.