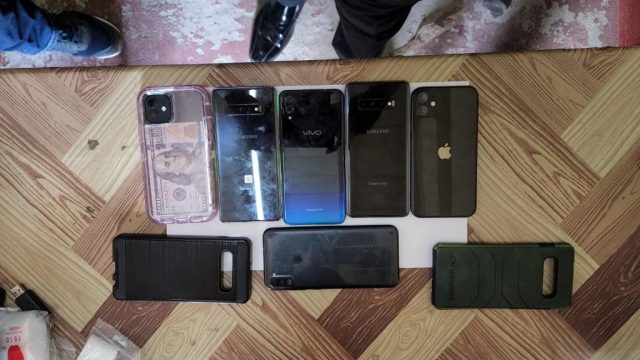 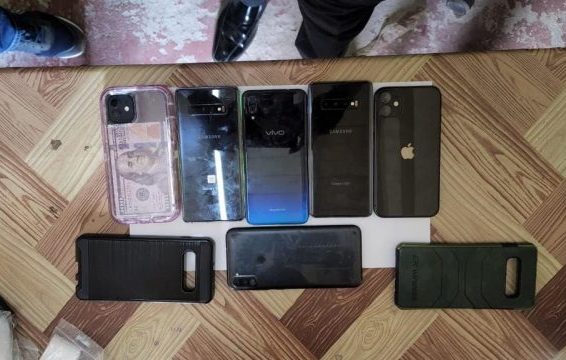 Two young men who were fingered in several armed robberies were arrested on Monday during a police operation in Sophia, Greater Georgetown and its environs. Police stated that while conducting an exercise in Plum Park, Sophia, three-armed robbery suspects attempted to escape but they were pursued which led to the arrest of two.

The duo was taken back to their place of abode where a search was conducted where several electronic tablets, cellphones, and other electronic devices were found – all suspected to be stolen.

the items found during the raid

The teen suspects were taken to the Turkeyen Police station pending charges.

In addition, several cell phones were found at the home of a 25-year-old vendor of Block ‘E’ South Sophia. Again the items are suspected to have been stolen and as such, he was arrested pending investigations.

a television set confiscated during the operation

Further, a while in the Plum Park area the police observed a male riding away on a motorcycle. This prompted the ranks to search his premises during which they found two flat-screen televisions, a stereo set and several other electronics – all suspected to have been stolen.

Recently, the police have been conducting raids in several areas in Georgetown.