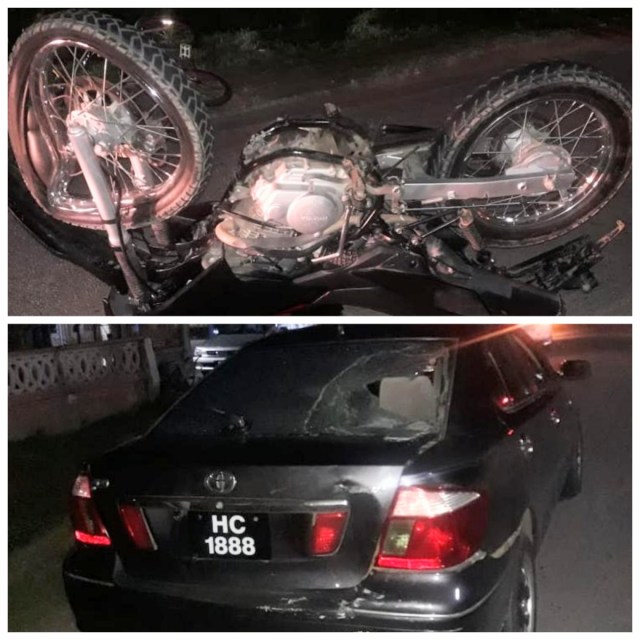 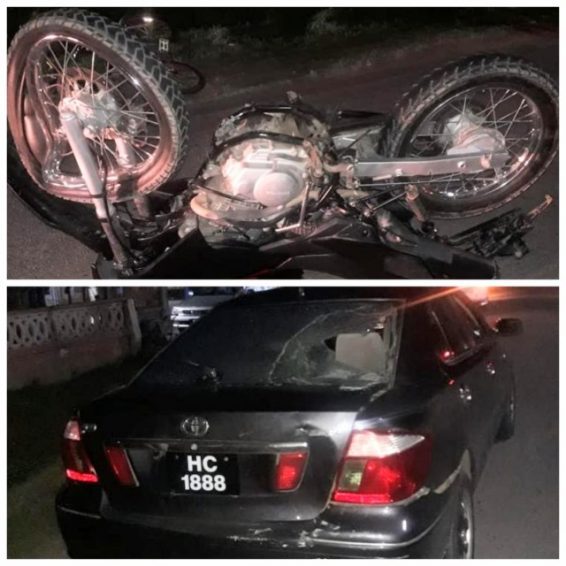 An 18-year-old unemployed man has suffered an open fracture to the head after he crashed his motorcycle into the rear of a motorcar that was travelling at around 30km ahead.

The accident occurred at around 18:40hrs on Saturday along the Gay Park Public Road, EBB.

Police said the motorcar was proceeding south along the eastern drive lane while the motorcyclist was travelling in the same direction from behind.

He was picked up in a conscious condition by public-spirited citizens and taken to the New Amsterdam Public Hospital where he was treated for his injuries which included an open fracture to the head and fractured right tibia. He was admitted as a patient in a stable condition.

A breathalyzer test was conducted on the driver of motorcar and a reading of .000 micrograms was found in his breath. He remains in custody assisting with investigations.