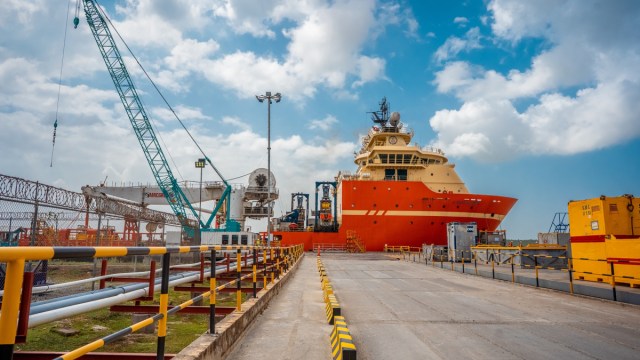 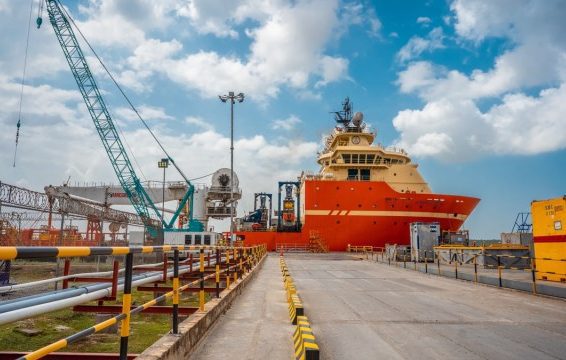 15 major waterfront projects, including for shore bases, get approval

2 weeks ago·3 min read
ShareTweetPinShare
Home
Local News
15 major waterfront projects, including for shore bases, get approval
The content originally appeared on: INews Guyana
The Guyana Shore Base Inc. (GYSBI) which is GYSBI is a Guyanese company, focused on supporting the offshore oil and gas industry in Guyana.

The Sea and River Defence Board (S&RDB) has granted its no-objection for 15 major waterfront projects, including for the establishment of shore bases to service the oil and gas in Guyana.

This was revealed on Monday when the Minister of Public Works Juan Edghill held a press conference at the Arthur Chung Conference Center (ACCC) to update the public on the developments under his Ministry.

In attendance at the press conference were the Heads of various Agencies that fell under the Ministry, including Secretary of the (S&RDB) Jermaine Braithwaite.

“In total for 2021, the Board granted 15 no-objections for major waterfront development projects. And these include, in some instances, what you would define as shore bases. There were a number applications that spoke to wharf structures, providing services, not necessarily for the oil and gas industry, but shipping services generally,” he explained in response to questions posed by this publication.

“And those projects, the Board, with support from the technical team from the Sea and River Defence Department, has been monitoring implementation. Of course, the majority of these projects are being undertaken by private sector companies, some of which are in collaboration with international companies, to develop facilities to provide services for oil and gas and other navigational services,” Braithwaite explained.

According to him, the Board has been monitoring the rate of implementation of these  projects. He said while the Board’s focus has been on making sure the works maintain and enhance flood defence, other agencies like the Maritime Administration Department (MARAD) have been looking at the structural integrity of these facilities.

“Of course, other regulatory services are involved. Including the Maritime Administration Department [which] would look at the integrity of the structures themselves. Those technical aspects. But where the flood defence aspect is concerned, we have been conducting our reviews and are quite satisfied with the level of adherence to our requirements.”

“We envisage, based on the trend we have been seeing, that there will be a number of new projects likely to be established during this year and in fact, some companies have already started to engage not only our Board, but other regulatory agencies, on proposals that they want to implement,” Braithwaite further revealed.

In September of 2021, the Environmental Protection Agency (EPA) had granted an environmental permit to consortium NRG Holdings Inc, which plans to build a multimillion US dollars shore base and terminal at Foreshore Plantation Best on the West Bank of Demerara (WBD), Region Three (Essequibo Islands-West Demerara).

The US$600 million investment will be done by a 100 per cent Guyanese-owned consortium of companies comprising National Hardware Limited, Hadi’s World Inc and ZRN Investments Incorporated.

Some of the features of the facility which sits on 400 hectares of coastal land will include an offshore terminal; dry dock facility; a fabrication yard; offshore components; umbilical preparation and spooling yard; administrative buildings to house offices and modernized logistics centres; warehousing; area for a helipad; a wharf, berths, and a dry dock.

When it comes to employment, the company had proposed employing approximately 150 to 200 persons during construction and 50 to 100 persons will be employed for the basic operation and maintenance of the base port facilities.

Last year, Canadian-owned company CGX Energy Incorporated also commenced construction on a US$130 million Berbice Deep Water Port (BDWP). The construction is being done on 30 acres of land on the eastern bank of the Berbice River, adjacent to Crab Island.

The company has said it would construct a 91-metre x 30-metre wharf platform and a 49-metre x 12-metre approach trestle, which would be able to accommodate two platform supply vessels. In addition, it plans to build a compacted port site with warehousing and tubular storage.