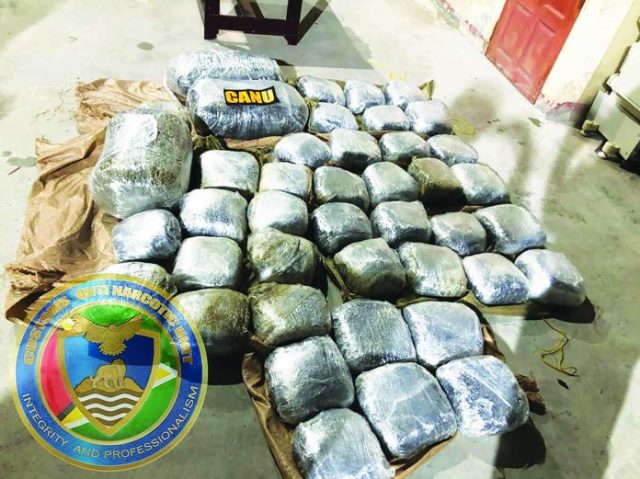 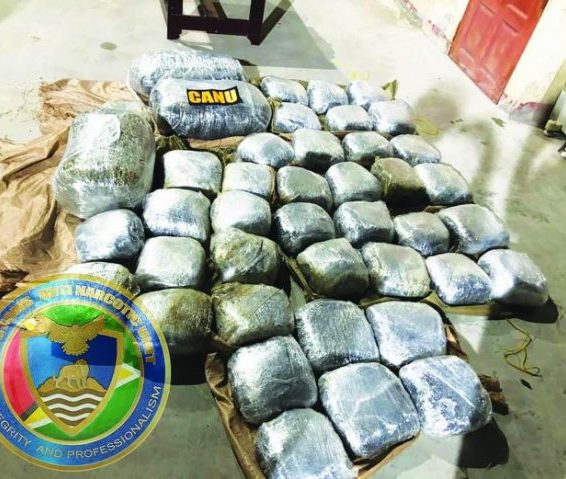 2 weeks ago·1 min read
ShareTweetPinShare
Home
Local News
$13M in marijuana found in crashed car following high-speed chase
The content originally appeared on: INews Guyana
The ganja that was found in the car

A 31-year-old resident of Golden Fleece, West Coast Berbice (WCB) was on Tuesday arrested following the discovery of 93.6 kilograms (206 pounds) of ganja in his car after it crashed during a high-speed chase at Mahaica, East Coast Demerara (ECD).

According to the Customs Anti-Narcotics Unit (CANU), on the day in question, drug enforcement officers were conducting an operation at Cambridge, Mahaica, ECD, when they attempted to stop a car with registration number PAB 2143.

However, the driver reportedly refused to stop, prompting the officers to pursue the vehicle.

“The driver continued to drive at a fast rate which caused him to lose control of the said vehicle which resulted in the vehicle going into a canal on the southern side of the Mahaica road, after which the driver and another occupant attempted to flee,” CANU related in a statement.

The driver was apprehended, but the other occupant managed to escape into the nearby bushes. A search was conducted on the motorcar and seven salt bags containing ganja were unearthed. 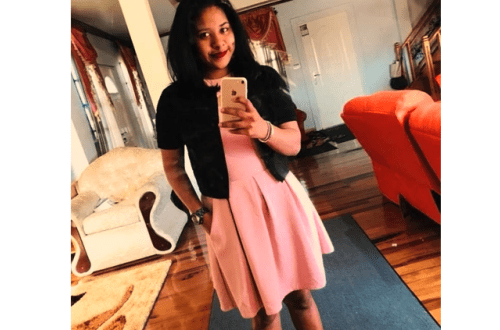 As such, Tion Clinton Thompson was arrested and escorted to CANU headquarters where the 49 parcels of narcotics were weighed. They had 93.6 kilograms with a street value of approximately $13 million.