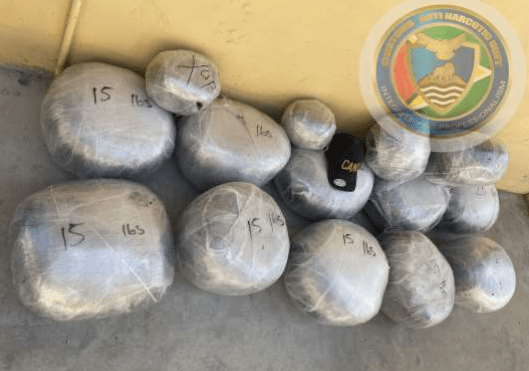 $12M worth of ganja found at Scottsburg

The Customs Anti Narcotics Unit (CANU) on Sunday discovered $12M worth of marijuana during an operation conducted in the village of Scottsburg, Corentyne, Berbice, Region Six (East Berbice-Corentyne).

Reports are that the CANU officers were combing the seawall area when they discovered several parcels.

The parcels were taken to the CANU Headquarters where a test confirmed that it was cannabis. The illegal substance had a total weight of 202lbs and carried a street value of $12M.

Letter: Is the Georgetown Mayor a toothless poodle?

An individual, who was in the area at the time of the discovery, was arrested. Investigations are ongoing.