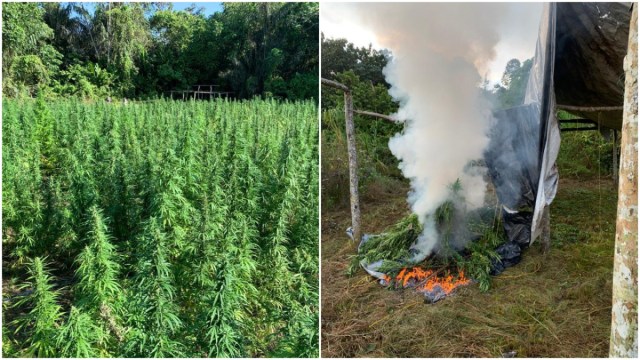 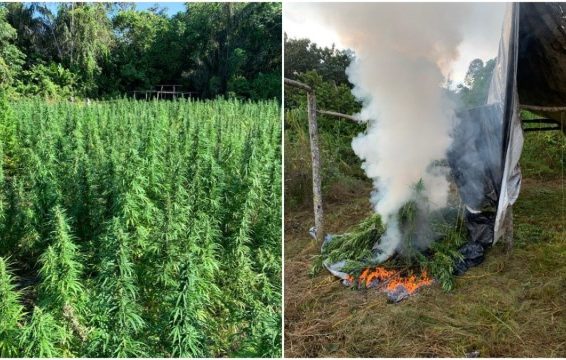 $115M worth of ganja, found at Fort Nassau, destroyed

Some 450lbs of dried ganja along with 120,000 marijuana plants, valued $115M, were on Monday destroyed by ranks during a drug eradication exercise.

According to a statement from Police Headquarters, ranks of Regional Division Six (East Berbice-Corentyne) conducted that exercise on the west bank of Fort Nassau, Berbice River.

During the operation, a total of four farms were encountered where approximately 120,000 marijuana plants were being cultivated. The plants ranged from 1ft to 6ft in height. A drying area and a camp were also discovered.

In the drying area, the cops uncovered the 450lbs of dried cannabis. “The estimated value for the plants and dried cannabis are $115M,” the police noted.

The camp, dried ganja and the marijuana plants were destroyed by fire.