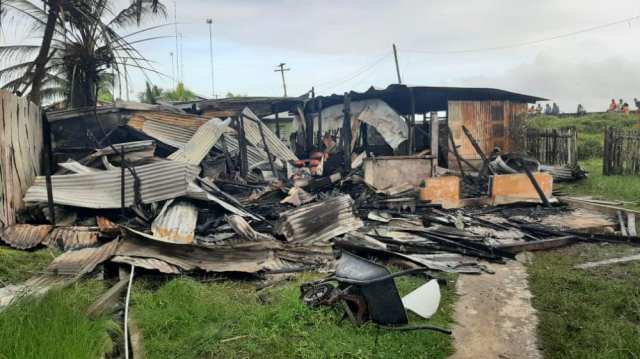 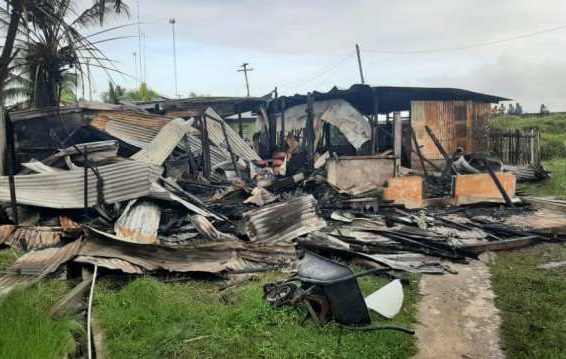 11 affected after fire rips through 4 buildings at Anna Catherina

Eleven persons are now displaced after a fire of electrical origin destroyed two buildings and caused damages to two other structures located at Seaview Anna Catherina, West Coast Demerara (WCD) at around 21:43hrs on Sunday.

Ranks from the Leonora Fire Station responded to the scene.

The house where the fire originated was a one-flat wooden and concrete structure that was owned by 38-year-old Ravindra Balkissoon. He lived there with his family of three.

As a result of the fire, the building and its contents were destroyed.

“The purported cause of the fire is a breakdown in electrical circuit resulting in arcing and sparking which ignited nearby combustible materials,” the Guyana Fire Service said in a statement.

Also destroyed by the fire was another one flat building located at the same address, also owned by Balkissoon. That building housed a furniture workshop. The building and its contents were also destroyed due to radiated heat from the building of the origin.

Another building affected by the blaze was a two-storey wooden and concrete structure located at Lot 67 Seaview, Anna Catherina which is situated on the southern side of the building of origin.

That building was owned and occupied by 47-year-old Mark Jelto and his family of three. The top flat was their home while the bottom floor was operated as a liquor restaurant. 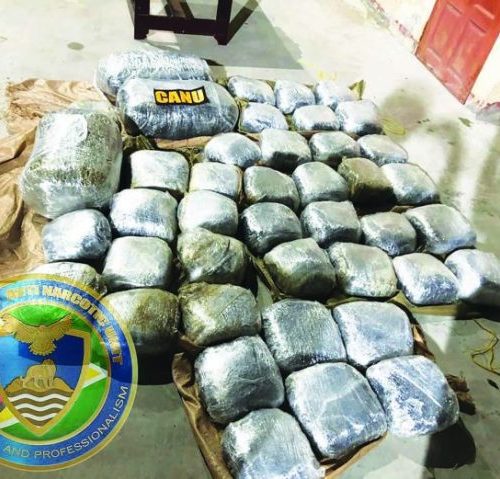 “Due to radiated heat from the building of origin, nine meters of PVC guttering, nine meters of facing board and two small sash windows were severely damaged,” the GFS said.

That building is owned by 56-year-old Sherina Mohamed; occupied by herself and family of two.