$10M worth of ganja found at Corentyne sea dam

Ranks of the Customs Anti-Narcotics Unit (CANU) unearthed a quantity of marijuana at Corentyne in Region Six (East Berbice-Corentyne) on Tuesday.

According to CANU, their ranks conducted an operation on the sea dam in No 78 Village Corentyne, Berbice, and a thorough search of the area revealed several parcels of suspected cannabis hidden behind a wooden structure located on the sea dam.

Officers then made checks around the area in an attempt to identify and apprehend the individuals involved but were unsuccessful.

The drugs were escorted to CANU’s Skeldon office, Corentyne, Berbice, where it tested positive as cannabis. 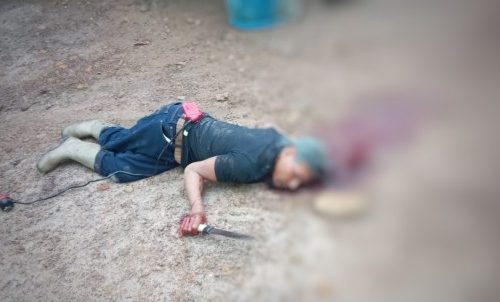 According to CANU, the illegal substance weighed 79.6kg, with a street value of approximately $10 million.