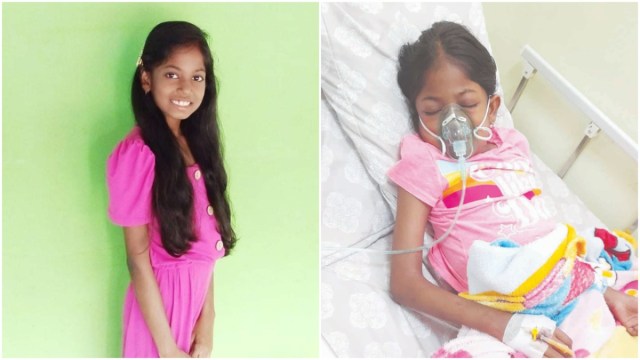 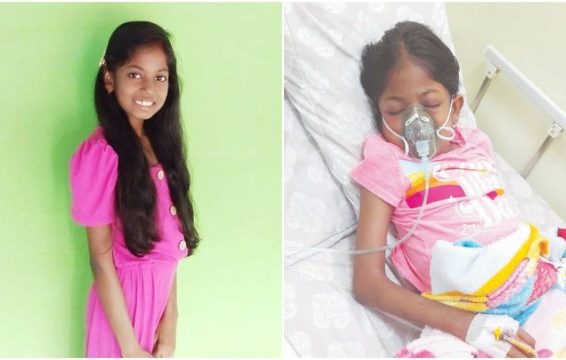 One month ago, Rachana, at just 10-years-old, got the news that changed her life. She was diagnosed with Acute Myeloid Leukemia (AML), a common type of cancer, that can worsen at a rapid speed if not countered with immediate treatment.

Arce Ramdhol, the 29-year-old mother said that Rachana was experiencing some vomiting and fever. The quick-thinking mother decided to take the young girl to the hospital due to her motherly instincts concerning her daughter’s health.

Ramdhol explained that it is really hard having to watch her only child go through the struggle of having to deal with life-threatening cancer.

“It’s been really hard,” she said. “It’s been hard emotionally, financially, and in any way, you can think of being in a hard position, that’s how it has been. The only thing that we can try to do is get help, and we need help in order to get her help.”

Rachana needs a bone-marrow transplant in order to regain a normal life. But this a surgery that is not offered at the GPHC. But, when one door closes, another one opens.

Ramdhol said that thanks to famous cricketers, Shivnarine Chanderpaul and Brian Lara, Rachana now has the option to fly to India where she could possibly undergo a bone-marrow transplant, if a match is found. This surgery, however, is highly expensive and poses a huge conflict for Rachana and her family.

“Her treatment is very expensive and there is no treatment for her here in Guyana, so the best option is in India. She’s actually heading there [India] to do a bone-marrow transplant,” Ramdhol said.

She said that the finance for the surgery is what she needs help with since she can’t afford such surgery on her own, and cannot turn to a family member for the sum of money either. She has to raise US$127,500, approximately GY$26,686,553.

“That’s the money that we have to reach, or that we have to raise to pay off her treatment. So, that’s where we really need help because we can’t afford it. We have Shivnarine Chanderpaul and Brian Lara involved in this. They’re the ones who reached out to Dr Matthew Sammy in Trinidad, then they reached out to the doctors in India. The challenge is getting the finance,” Ramdhol explained, adding that “Almost $27 million is not money that one man can give, it takes a large group of people, maybe an entire country to raise this sum of money,” she said.

The strong mother has been by her daughter’s side since her diagnosis, holding her hands every step of the way, but this has not been easy for her to do. 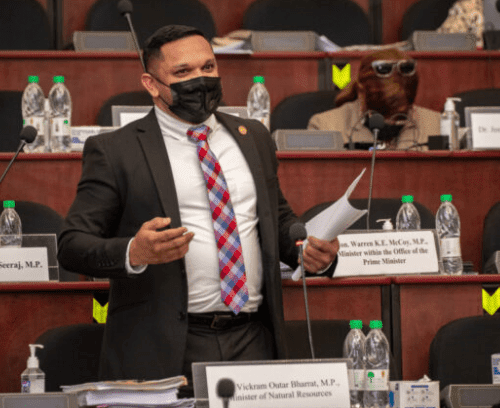 “Well, to be honest, actually since my daughter has been in the hospital, I’m there with her every day, her dad is also there. I would be there almost every night and to be honest, it’s not an easy task to go through, knowing that your kid is seriously ill like that. And sometimes when she cries out for pain, knowing that you can’t do anything to help her, the most that you can do is cry with her. That’s a very hurtful thing to go through because it’s like you’re feeling helpless. We know for sure that there is help in India, and the only thing that is lacking is money.”

The worried mother is calling on the public for assistance to raise Rachana’s medical expenses while in India.

A GoFundMe (https://www.gofundme.com/f/rachanas-battle-against-cancer) page has already been organised by the child’s uncle, Kurt Rukhram, who Ramdhol explained is Rachana’s biggest supporter.

Rachana and her mother will leave this morning for India with blood samples from her father for doctors to test for a possible bone-marrow match.

Rachana is looking forward to writing her Grade Six examinations next year. Persons who are willing are urged to help 10-year-old Rachana, who was a grade A student of Cane Grove Primary, East Coast Demerara.