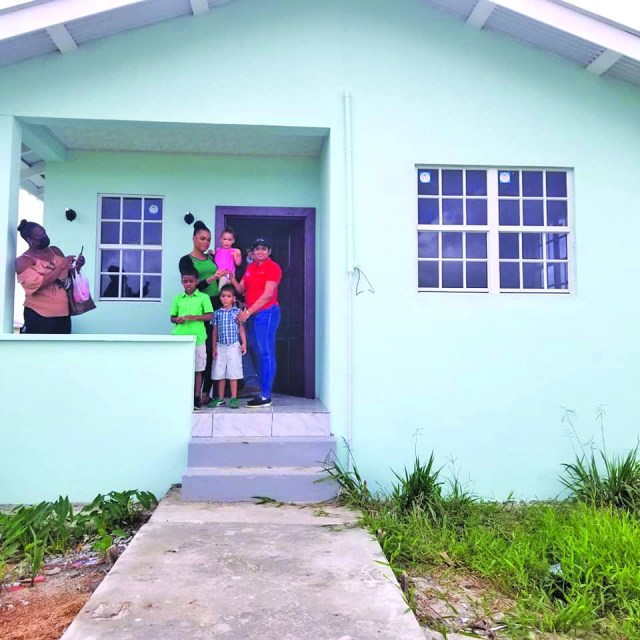 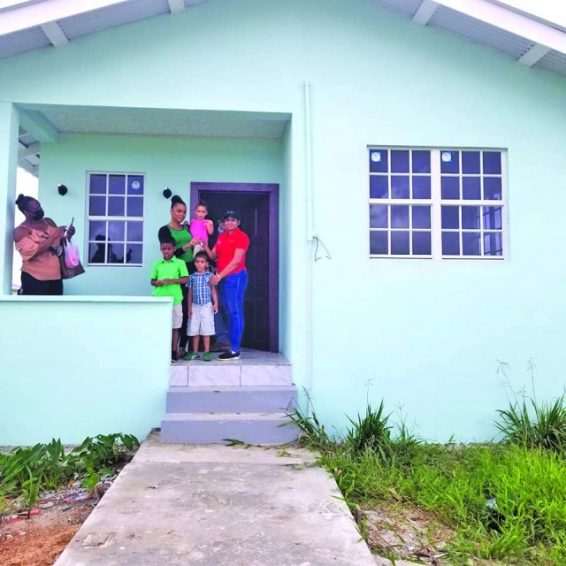 10 families get low-income houses at Prospect

1 month ago·2 min read
ShareTweetPinShare
Home
Local News
10 families get low-income houses at Prospect
The content originally appeared on: INews Guyana
A Housing official handing over the key to a family on Saturday

The first 10 families to benefit from the Government’s low-income housing units at Prospect, East Bank Demerara, were handed keys to their brand-new homes on Saturday morning.

The low-income flat units are valued at a cost of $5.5 million including of the cost of the land, which was $300,000. They each measure 600 sq. ft and feature two bedrooms with a kitchen and a bath.

The Housing Ministry’s Central Housing and Planning Authority (CH&PA) had undertaken the construction of a total of 50 homes.

The keys for the additional units are expected to be handed over soon, as the beneficiaries finalise the necessary documentation.

Early last year, a contract was signed between the CH&PA and Gafoor’s Limited for the construction of 100 low-income, two-bedroom flat units.

It was previously reported that a total of 590 low and moderate homes are being constructed across the country.

One of the beneficiaries taking a look at the housing unit at Prospect, EBD

Meanwhile, 11 other contracts were signed for the construction of some 200 young professional housing units at Prospect as well.

Several hundred houses are being constructed across the country targeting young professionals. These include 200 two-storey and flat units at Providence, EBD. 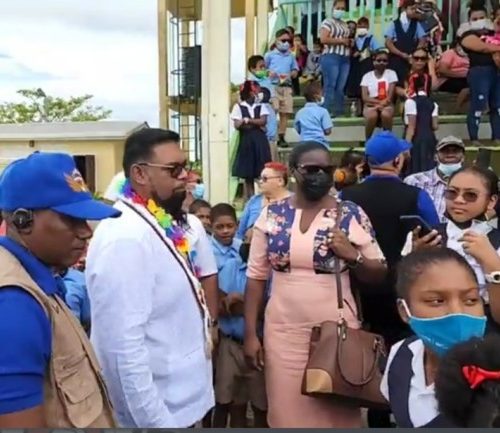 Teachers, nurses among residents to benefit from 500 homes in Bartica – President Ali

Only last week, it was announced that 18 young professionals including doctors, teachers, Police Officers, and other public servants would benefit from housing units at Amelia’s Ward, Linden as part of the first phase of the 1000 Home Project in Region 10.

The construction of these units is a part of the national housing drive to deliver 10,000 allocations annually, that is, a total of 50,000 house lots in five years as promised by the PPP/C in its 2020 election manifesto.

Already, the Ministry through its flagship “Dream Realised” housing drive, has allocated some 11,000 house lots even as construction of more housing units is being carried out.

Last Tuesday, Housing Minister Collin Croal told a sitting of the National Assembly that the Ministry has already surpassed its house lot distribution targets for 2020 and 2021.

“And we will do the same for 2022. In fact, we have allocated over 11,000 house lots to date. Further, as we speak, more than 1100 houses are being built in eight housing areas across the country, 300 of which have already been handed over to the homeowners,” Croal stated.

Further, the PPP/C Government has sought to make access to credit easier and consequently, increased the low-income mortgage loan ceiling from $8 million to $15 million for the period August 2020 to February of this year. This has made homeownership more attainable as banks can now approve a higher number of mortgages annually, coupled with the reinstatement of the $30 million ceiling for mortgage relief.