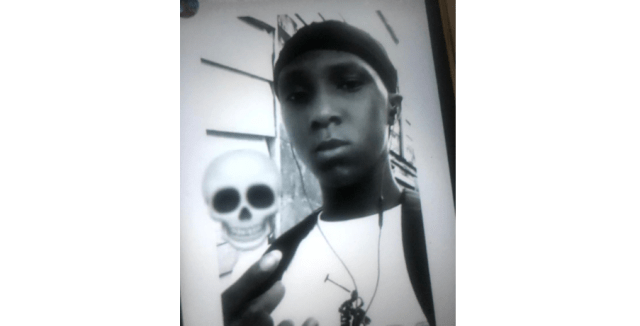 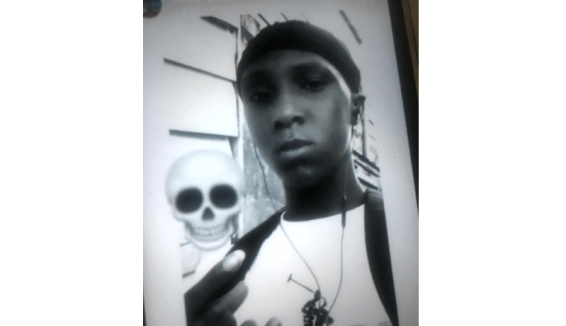 One year after 16-year-old Jumal Parks of Non Pariel Street, Albouystown, Georgetown, was brutally beaten and stabbed to death by three teenagers, his family claims that they are receiving threats from one of the suspects who is still on the run.

On October 13, 2020, Parks was at his place of employment – Wanita’s Wash Bay located at Front Road, West Ruimveldt, when he was approached by the three suspects aged 17, 18, and 19.

Parks and the three teens had a disagreement a few days before his murder.

Two suspects have since been arrested and charged while the third suspect remains at large.

On the young man’s one-year death anniversary, family members visited this publication where they expressed fear for their lives.

Aneisa Parks, the sister, is contending that the third suspect continues to roam the area and police are not making any efforts to apprehend him.

In fact, she revealed that it was only on Tuesday when the suspect sent her mother several threatening photos of him holding a gun.

“This boy send a picture with a gun to my mother…So, I don’t know if he thinks that’s funny,” the sister explained.

She also revealed that her family had to move out from the area, due to threats that were being made to them.

“My mother had to move out from the area, because my small brother was going to the shop a day and someone was troubling him and telling him that ‘you mek my brother in jail’,” the sister explained.

The sister argued that her family needs justice, and she would not stop fighting until they get it. She explained that while two have already been charged, the third suspect must also pay for his crime.

“Two persons can’t pay and one on the run enjoying life…Who knows, sometimes he feels so hype that he would go and kill somebody else,” the woman contended.

Moreover, the sister explained that her mother is still struggling to accept that her son was murdered, noting that the situation is now affecting her health.

“Mom is not the same, when I look at her eyes, I see grief… she said she didn’t even get to tell him goodbye… coming on to this time, she is not well right now and I am heartbroken that my mother has to go through this. She is a battered woman that never had help from nobody, no social worker, nothing. She tried on her own and I want her to feel safe and that justice is being done,” the sister explained.