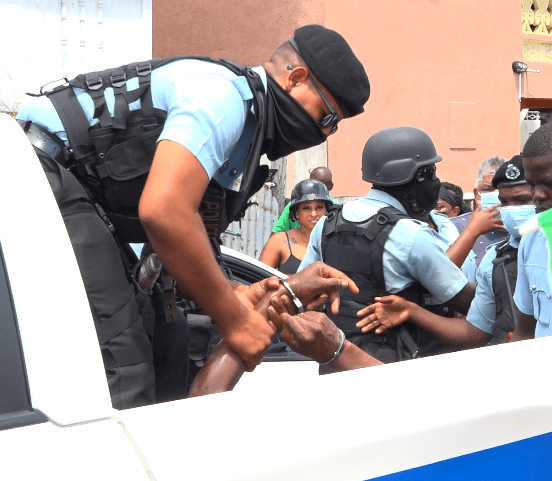 1 bandit shot, 2 others arrested after robbing jewellery store at Bourda

Moments after they robbed the Bharrat Jewellery Store at Robb Street and Orange Walk, Bourda, Georgetown, three bandits were arrested by police.

In fact, one of them was shot to his leg during the process.

Reports are that shortly after the men robbed the store, they were intercepted by police officers on South Road, Georgetown.

The trio was reportedly cornered by the cops but they still attempted to escape by running into nearby buildings.

However, officers began to comb the area and during the process, one of the perpetrators was shot after he was found hiding in a yard.

Only 20 speed guns in use by GPF; 5 recently calibrated by GNBS

After almost one hour of searching the area, the officers managed to apprehend the other two suspects.

It is unclear what valuables the bandits escaped with and if the items were recovered.